Seán Moncrieff: Where am I from? I don’t know

I feel Irish. But I also feel a bit of those other places where I’ve lived too 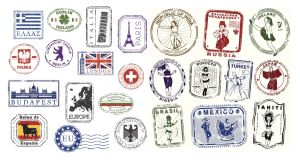 My father was Scottish, my mother from Mayo. Photograph: Getty Images

I sometimes envy people who can give a simple answer to the question: where are you from? They can say, for instance, Carlow, because that’s where they were born and where they still live.

More puzzling – to me at least – is when that person might say Carlow even though they left the county when they were 18 and have spent the subsequent 43 years living in Sydney. Certainly, the importance of Carlow should not be dismissed in their origin story, but it’s hardly the most important factor. Look in the mirror. You’re tanned all year round and you always wear shorts. You’re from Sydney.

But I should roll my head in here. It’s not up to me to tell Carlow people, or any other people, where they are from. In the 21st century, people can self-identify.

Not to a ridiculous degree. You can’t say you’re German or Moroccan just because you feel like it. But many of us have a small smorgasbord of places to choose from. I was born in London. My father was Scottish, my mother from Mayo.

I could have remained in London: which would have provided me with a far more straightforward answer to the “where are you from” question. But I had already self-identified as Irish. That’s what my passport says. I feel Irish. But I also feel a bit of those other places too. Especially the south side. In the fantasy version of my life, I can afford to live there.

I’m not unusual in this: there are the kids of returned emigrants who grew up in Ireland with English accents. There’s everyone north of the Border. A major component of the peace process involved applying some lateral thinking to identity and an admission that nationality is not a zero-sum proposition. You can be British and Irish, even if the family next door is British and Ulster.

Or just Ulster. Or just Irish. Or Irish, Ulster and British. The identities don’t cancel each other out. Most European countries contain groups whose culture and language derives from another part of Europe.

Now the people of Scotland, some of them my relations, will be facing similar questions. Thanks in part to Boris Johnson’s car-crash handling of the coronavirus crisis in England, a majority of Scots (according to polls) are in favour of independence. Nicola Sturgeon has announced the start of a referendum process next year.

It may cause a constitutional stand-off and numerous rows, but also a consideration of identity. How would an independent Scotland accommodate the portion of its population that feels Scottish and British?

The answer may lie in the smorgasbord approach. The odd contradiction of modern, rational nationalism is that it needs to accommodate the reality that nationality is not always a fixed quantity. History has spent too much time mixing us all together.

Of course, there are forms of nationalism that resist this idea, that want to provide a simple answer to a complex problem. You saw it during the Brexit campaign: a yearning for an England from the days of empire, which ignored the fact that empire permanently changed England into a place with far more than one version of Englishness.

The emotionally-charged problem is how to provide political expression to the various identities.  In England – bafflingly – Brexit independence means giving all the power to highly-relatable posh boys from Eton. Here, some feel they are Carlow first, Irish second: which is why ministerial representation is still so important.

Ultimately, it’s close to impossible for any political unit to perfectly express where its citizens are from. If you go back far enough, we’re all from somewhere else.