Seán Moncrieff: Have you been having weird dreams? Me neither 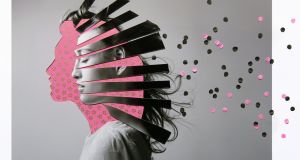 At the start of the lockdown there was a flurry of online dream describers.

You’re probably sick of hearing how things are eerie and movie-like. Closed shops, deserted streets blah blah blah. You’re probably dreaming of having to stand on public transport or sit in a good traffic jam or the sort of queue when you can slightly shove the person in front of you.

All the eeriness is bound to be having an effect on our subconscious. Think about it: you go somewhere but there’s no other people. That’s a dream. Our waking lives have taken on some of the features of a dreamscape. That must have an effect on what we’re dreaming about.

At the start of the lockdown there was a flurry of online dream describers: people riding flying pink elephants or having kinky sex encounters with Micheál Martin. A woman on Twitter claimed that her dream consisted of discovering that I had signed up to appear on the next series of Dancing with the Stars. She clearly needs help.

I have a theory. I have no qualifications in this area and I’ve done no research. But like any responsible member of the mainstream media, I’m not going to let that stop me.

A dream is a tiny person in your brain at night, doing some dusting and hitting random buttons

There are other theories: dreams are a way for the brain to work out that days’ events. Or grapple with a problem. Or to tap into some other realm of consciousness. Dreams will feature bits of our waking lives, but rarely in any sense that can be understood. No one is holding a sign telling you what the dream is about or what the “message” is. And that’s because there isn’t one.

Try this: leave open the word processing programme on your computer. Then do a deep clean. You’ll get a jumble of letters – Gfhkll;]; vcdfghkilkj-7u – it might be programming code or a secret message. Yes, this happened on my computer, and yes it freaked me out because I hadn’t cleaned it. But that’s not the point. The point is that there was no code; and that’s what a dream is. It’s a tiny person in your brain at night, doing some dusting and hitting random buttons.

It’s my impression that all the weird dreaming has largely come to a halt. Here’s why: during the second World War, a British Army officer held in a German prisoner of war camp began recording the contents of his fellow prisoners’ dreams. Obviously, not the same conditions as we have been experiencing, but similar. They were effectively out of the war; they were bored and they were cut off from family and friends for an indeterminate period.

And their dreams were really tedious. No sex or adventure or even escaping that much. It was eating cheese sandwiches in the kitchen. Because, apart from occasionally playing football with Pele or stealing motorbikes, life for the average PoW was intensely dull. There were fewer memory buttons to push.

It must be the same for us now. At the start, all the weird dreams were possibly connected to shock at the scale of the pandemic. Then it settled down to boredom. Certainly, any dreams I can remember over the last few weeks have been to do with repairing and painting decking, a task I have successfully avoided during the day.

In the first week though, I did have a series of dreams that featured my parents. Not together. They made solo appearances on consecutive nights so they could give out about each other. I can’t remember the circumstances, other than in one of the dreams I did remark on the oddness of dreaming about them so much.

Herself, as unqualified as I am, if not more so, suggested that it might be a message of comfort during a trying period. Which is nice, but a bit too Mystic Meg for me. I prefer thinking that the tiny person in my brain decided that particular memories needed a bit of a cleaning. Because it might do me some good.