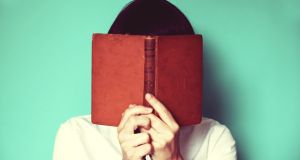 Most of these ideas didn’t have legs. Most of them started off with some low-self-esteem addled chick who had fallen hard for some much cooler dude – a busker say or a sound engineer

Back in the days when I used to sit down and think, “I’ll write a book, I mean how hard can it be?” I came up with one of many ideas for My Amazing First Book. I was always coming up with ideas for novels. Most of them were written on beer mats in the days when, if you were a complete idiot with no regard for your good health, you could smoke while having a beer. (“I know, kids, you are right, it WAS barbaric,” she said wistfully.)

Most of these ideas didn’t have legs. Most of them started off with some low-self-esteem addled chick who had fallen hard for some much cooler dude – a busker say or a sound engineer – and the ideas rambled on for a few pages until I started boring myself which was a sure sign that this was not in fact My Amazing First Book rather a rehashing of the same life trope that kept afflicting me ad nauseum, the broken record of my actual life.

But the thing is that this was dull and painful and monotonous when it happened in real life and, surprisingly enough, it turned out that way in doomed, never-to-be-written novel form too.

Then one day it happened. I got an idea that I thought might actually have legs. Short, stout legs, rather like my own, but legs nonetheless. And I started to get excited about the idea. The Idea turned into a whole chapter of a novel and what they call a “treatment”– that is to say I plotted out what was going to happen to the main character and what they call the “arc” of the story and I even fantasised a little bit about who might play the lead character in the movie version. I fancied Christina Ricci as the lead but she would have had to bulk up quite a bit for the role.

Ideas are funny things. Elizabeth Gilbert writes magnificently about them in her latest non-fiction book Big Magic. Gilbert believes ideas are a “disembodied, energetic life-form” which are capable of interacting with us humans.

She reckons ideas are driven by a single impulse: “To be made manifest. And the only way an idea can be made manifest in our world is through collaboration with a human partner.”

These ideas swirl around the universe waiting to collaborate with the right human. Sometimes we listen to them and other times we don’t.

“You might miss the signal because you’re watching TV, or shopping, or brooding over how angry you are at somebody, or pondering your failures and mistakes, or just generally really busy,” writes Gilbert. “The idea will try to wave you down (perhaps for a few moments; perhaps for a few months; perhaps even for a few years), but when it finally realises that you’re oblivious to its message, it will move on to someone else.”

Gilbert tells the story about an idea she had for a novel set in the Amazon that she neglected for so many years that the idea upped and left her. In a really entertaining tale she explains how almost this exact Amazon novel ended up being written by her friend, the novelist Ann Patchett.

Anyway, My Amazing First Book was about this young woman called Chance. She was called Chance because her parents were hippies who were obsessed by The Dice Man (the book by Luke Rhinehart not the singular artist Thom McGinty who used to traverse Grafton Street in guises.)

Write about what you know, they say, and I was obsessed with The Dice Man at the time. The protagonist in the book decides to make crucial decisions in his life by the turn of a dice and because my character’s parents were devotees of The Dice Man they named her Chance.

It remains one of the most vivid books I’ve ever read; the kind where you can’t quite believe it was fiction so you somehow convince yourself it all really happened. It’s the hardest of literary tricks to pull off.

In my book, Chance was an overweight child. A disappointment to her self-absorbed hippy parents, who wanted a lithe, wispy, flower child and instead had been burdened with a chunky, food-obsessed daughter they tried, but failed, not to be embarrassed by. It was the story of getting out from under your parents’ shadow; a coming-of-age tale with industrial quantities of cake.

Reader, I never wrote it. I filed it under, Maybe One Day and left it gathering dust. I hadn’t thought about it until recently when I was interviewing 2fm broadcaster Louise McSharry about a whole load of things including weight gain and weight loss and cancer and, oh, her new book which is a highly anticipated memoir about to be published by Penguin.

“What’s it called?” I asked her. “Fat Chance,” she replied which was the long-lost title of My Amazing First Book all those years ago. I had such an agonising flashback to my own Fat Chance when she told me, I decided that the next idea that comes knocking, I am going to open my door instead of slamming it in its face.

But in the meantime, I will enjoy reading McSharry’s Amazing First Book and thinking about chances, both the ones we take and the ones that pass us by.