For Women’s Christmas, The Women’s Podcast hears about some light-bulb moments 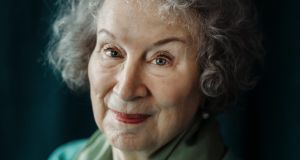 Margaret: ‘One day in 1956, as I was crossing the football field of my high school, it occurred to me that I was not going to be a botanist, or a home economist, after all. Photograph: Arden Wray/New York Times

Today is Nollaig na mBan, or Women’s Christmas – a day that is also celebrated in the Christian calendar as the feast of the Epiphany. To mark both days, the Irish Times Women’s Podcast has been collecting a series of epiphanies – or, as Oprah Winfrey calls them, aha moments.

In this special episode women recount the light-bulb moments that influenced – and in some cases transformed – their lives. They include epiphanies from inspiring women such as Margaret Atwood, the Man Booker-winning author of The Handmaid’s Tale and The Testaments; Samantha Power, the former US ambassador to the United Nations; Andrea Corr, the musician and writer; and Sonya Lennon, the fashion designer.

Here are five epiphanies that feature in the podcast.

Codirector of Together for Yes
“When I was a very young woman, in my early 20s, I had just got a job as a very junior lecturer in Ireland’s biggest university. I arrived in and was all set to go – and very pleased and proud and thrilled that I had a job in a university as an academic. Then I began to realise that I was surrounded by these senior, older men who thought that they had some kind of God-given right to make comments to me about my appearance, and to manhandle me and touch me and pat my bottom and stroke my back and ask me out on dates, when I knew they were equipped with wives and families. Something very important shifted for me at that moment: I thought, Power is so unequally distributed, and men have it all. And it was at that moment that I began to think there has to be another way, and very luckily the women’s movement happened just a few years later. You could say that that really was the beginning of my real life.”

Author
“One day in 1956, as I was crossing the football field of my high school wearing a princess lined pink dress – which I had sewn myself in my home-economics class – ornamented with a beautiful gold button which I have still kept, it occurred to me that I was not going to be a botanist, or a home economist, after all: I was going to be a writer. Because as I was crossing that football field I was composing in my head a fairly bad poem that I thought was pretty good – but that was the moment when I thought, Goodbye, pink dress, it’s black from now on.”

Former US ambassador to the United Nations
“My epiphany was the idea of shrinking the change instead of focusing on an abstraction, like freedom in decline or a human-rights recession – to sit down with my team and instead to come up with a campaign to try to secure the release of 20 female political prisoners. So we launched this campaign called #Freethe20 and, working with the lawyers and the family members of women who’d been jailed around the world, helped secure the release of 16 of the 20 women. And so the epiphany that grows out of Shrink the Change is the idea that, while you may not be able to change the entire world, if you are activated and do your best and don’t give up, and work harder than other people, you may be able to change many individual worlds.”

Comedian
“Comparison is the thief of joy. I think, as a female performer, women are kind of pitted against each other in a way that men are not, because there’s probably not as many spaces at the top for us. So there’s a tendency to be elbowing each other out of the way, and it’s unkind and not healthy for our own brains. I heard Marian Keyes once say, ‘If you’re jealous of another woman, imagine she’s your best friend.” Or even make her your best friend – befriend her – and then it takes all the tension out of it. So that would be my epiphany: reach out, befriend everybody. Well, just the women.”