‘My best experiences in Ireland were with elderly people’

New to the Parish: Vitória Régia Oliveira arrived from Salvador, Brazil in 2017 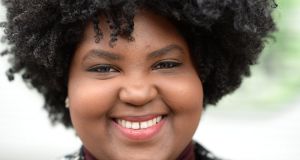 When Vitória Régia Oliveira started attending interviews for engineering jobs after graduating from university she knew she stood out. Not only was she the only woman on interview panels but she was often the only black person too. Despite growing up in a country where more than 50 per cent of the population identify as black or mixed race, Oliveira felt she was at a real disadvantage in developing her career.

“Brazil is a very difficult country to be a black person in. And besides the racism there are extra problems if you are a woman. Even if you have a degree and are highly skilled you have to prove you are able. I know I’m good at lots of things but I’ve had to overcome lots of extra barriers.

“The black man is seen as the dangerous person and the black woman is exotic. Men want to get to know you but they don’t want to bring you home to meet the parents.”

'I feel very lucky that I started by working in healthcare. The people willing to show me the way. I’ve learned so much from the older people I work with'

Oliveira experienced racism in her home city of Salvador in the north-eastern state of Bahia throughout her childhood. The youngest of ten children, her father was in his 60s when she was born.

“My mum was 25 years younger than my dad; he was born in 1927. One of my aunties was born in 1903 so I come from a very old family. My grandmother on my dad’s side was born just after slavery ended in Brazil in the late 1800s. That struggle doesn’t feel so far away for me because my grandmother was born then. That pain feels greater for me.”

Oliveira studied mechatronic engineering (a combination of mechanical, electronic and computer engineering) at university and eventually secured an internship after graduating. She spent four years at the company, rising up through the ranks to become a supervisor.

In 2016 she decided to take a holiday and applied for a visa to spend one month in Canada. Despite providing proof from her company that she only planned to spend four weeks in the country, the Canadian authorities rejected the application. The agency Oliveira had hired to arrange the visa suggested she try Ireland instead.

“They told me I didn’t need the visa for one month and I thought it was better not to lose the money so I came here. It was a great surprise, I really liked it. I loved my job in Brazil and had a comfortable life there but I started to think while I was in Ireland that I was at the stage in my life where I should try something different and take a risk.”

Oliveira returned to Brazil but couldn’t stop thinking about the possibility of moving abroad again. Eventually she decided to head back to Dublin in August 2017. She hoped to find work as an engineer in Ireland but quickly discovered securing a job in the industry as a non-EU worker was extremely challenging. To pay the bills, she started working as a home carer for elderly people while attending English language classes.

“I’d worked as a volunteer in nursing homes in Brazil and I also took care of my father for 10 years after he had a few strokes.”

Oliveira had to quickly adapt to Irish customs such as preparing a cup of tea or a bowl of porridge for the people she looked after. “Irish people are very particular; they know how they like their tea. But they were patient with me. There was one lady, and I was her carer in the last months of her life.

“In some ways I feel very lucky that I started by working in healthcare. The people willing to show me the way. I’ve learned so much from the older people I work with; I think my best experiences in Ireland come from those elderly people.”

Working in people’s homes was not always easy and Oliveira often had to deal with over-demanding family members or racist remarks. “For me it was about building the relationship with the person and making them understand we’re there to care for them, not the whole family.”

Oliveira is still applying for engineering positions but has found companies are reluctant to hire staff without a Stamp 4 visa. She is currently finishing a degree in computer science at Dublin’s CCT college and has continued to care for elderly people throughout the Covid-19 pandemic. While she was initially concerned about bringing the virus home to her flatmates, Oliveira finds the experience of working in healthcare during the crisis very rewarding.

“When my father was in hospital I saw healthcare workers doing their best to keep him alive and in some way I feel I have to repay the universe for this. I had this opportunity to help somebody in need and maybe in the future life will do the same for me.”

Oliveira often worries about her mother who lives alone in Brazil. She calls her every day and sometimes organises the delivery of her online shopping. She’s heard the mayor of Salvador has done a good job at overseeing lockdown in her home city but, like many Brazilians, is extremely worried about the response from the country’s president, Jair Bolsonaro.

“I’m very concerned about all my friends who are still in Brazil. My nephew is a young black child growing up in a country where we can’t trust our leader. That worries me.”

Oliveira likes Ireland but plans to move abroad if she cannot find a job as an engineer within the next year. “I won’t go back to Brazil while Bolsonaro is in power but I’ve been thinking about going to Asia to try somewhere new. But I’m still pursuing my dream job as an engineer and hope I will get there one day and be able to share my skills with an Irish company.

“The job hunting process can be very tiring but I keep reminding myself how good I am and that I’m very capable even though they don’t see that in me yet.”

The dark attic lit up by a little interior inspiration
5

Tanya Sweeney: It was never my place to ask why she wanted to die
8