Life in Venezuela: I always said a prayer before leaving the office ‘take care of me’ 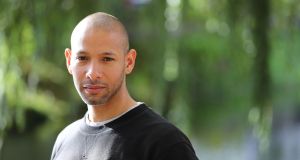 Before he left Venezuela for the first time, Carlos Alexander Montilla worked as a trader on the stock exchange in Caracas. Each day, he would sit in traffic jams commuting between his hometown of San Antonio de los Altos in the mountainous outskirts of the capital and his office in the city centre.

During these journeys, he frequently witnessed drivers being robbed at gunpoint while waiting for the traffic to clear. “Motorbikes would come up with two men holding guns. If the car window was closed, they would smash it open and ask for your phone. You give it to them because they will kill you if you don’t. I was lucky, but I saw this situation several times. I always said a prayer before leaving the office saying ‘just take care of me’.”

Venezuela was already a very dangerous country in the early 2000s, recalls Montilla. “When [Hugo] Chávez got into power, everything got worse. We saw the real insecurity after that, it was scary.”

Montilla, who graduated as an accountant in 2009, was overjoyed when he secured a job on the stock exchange. However, the following year, when Chávez declared “economic war” on capitalists, he lost the position. “Chávez decided to close down the market. He said the stock exchange was evil. They closed down all the private markets, they wanted control of everything. They had also changed the law and the constitution. I realised we were passing through a dictatorship.”

Feeling deeply depressed at the loss of his job, Montilla decided to take a break abroad and spend a few months learning English. He chose Ireland, where he spent nine months at a language school in Rathmines, Dublin. He arrived back to Venezuela in late 2011 and set up a business selling rubber for car doors and windows. However, the collapsing economy made it difficult to hold on to customers.

“The factories started running out of materials, I was just waiting for the rubber to arrive each day and everything was becoming more expensive. The security was so bad, I realised I had to leave the country, there was no opportunity for me there.”

Montilla returned to Ireland in 2014 on a student visa, where he resumed his English studies for two years while working part-time in coffee shops. He later enrolled at CCT College Dublin to study a degree in business, which he completed in May of this year.

While he successfully pursued his studies in Ireland, he watched from afar as his country, where his parents and sister still live, fell into complete chaos.

“Venezuela has always been dangerous but now it’s like a country at war. The only difference is nobody is bombarding us. But you cannot find food, people are going hungry. With the hyper-inflation, people prefer not to work now and are leaving. There are thousands leaving each day. There’s no food or money, they prefer to go to Colombia because maybe they can eat there. It’s starvation in Venezuela.”

‘Eating from the rubbish’

Some, like Montilla’s mother, have continued trying to work. “My mum is a really good lawyer but her career is completely gone now. Even a salary for one month is not enough for a meal. My town used to be one of the nicest places in my country but now my mum tells me people are eating from the rubbish.”

Last year, Montilla sent money to his sister so she could give birth to her first son in hospital. “Otherwise I don’t know what would have happened to her. There is no medicine. If you go to the hospital they give you nothing. Kids are dying in hospitals. People who have nobody abroad have to cross the border. And older people have no strength to leave.

“You can’t do anything about it, if they protest they might kill you. You feel like you’re in a big jail. And when there’s no electricity, there’s no water. It’s like going back to the Stone Age.”

While Montilla successfully completed his college course earlier this year, he was unable to afford to pay for the final semester of fees. As a result, he did not receive the certificate confirming he had passed his exams and was unable to apply for the 1G graduate visa, which would have allowed him to stay up to another year in Ireland to find work.

Having signed numerous online petitions condemning the activities of the Venezuelan government while in Ireland, Montilla was aware of the serious risks of returning home. “If I go back, they’re going to check me in the airport because I haven’t been there for six years. Everybody who has been abroad for a long time they check in the system to see who you are.”

Montilla believes he will face jail time for his criticism of the Venezuelan administration. “My main concern is my life. They are evil, they built jails to torture people. They kill you slowly. I’ve read about what happens to people who go back.”

In mid-September, Montilla’s student visa expired and two weeks later he applied for asylum in Ireland. He is not living in Direct Provision and hopes to survive on savings until he becomes eligible to work again in nine months’ time. He is also determined to pay the final instalment on his college class so he can formally graduate like his classmates.

“If I get my asylum approved, I can start from scratch but I also have experience from the stock exchange. I have two degrees, in accountancy and business. I have done my best here studying and working hard. I feel connected to Ireland now, this is home for me.”

The anxiety of waiting for an answer on his asylum claim while simultaneously worrying about his family’s welfare in Venezuela is overwhelming, says Montilla. “I never felt this way before in my life, even in Venezuela when there was all the insecurity. I don’t know what I’ll do if my asylum claim is rejected. If they refuse my asylum it’s like giving me a death sentence. I cannot go back there.”

With the situation in his home country continuing to deteriorate, Montilla believes Venezuelans who seek help abroad should be offered special status, similar to support programmes for Syrian refugees.

“Nobody can go back there, there’s nothing left. I need help but it’s not only me. I believe Venezuelan people should be treated in a different way. We should be allowed to stay.”