My divorce. Róisín: ‘Expect a lower standard of living’ 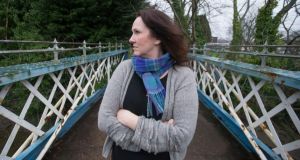 Róisín O’Shea: “When a marriage ends it is akin to bereavement.” Photograph: Patrick Browne

Her subsequent doctoral thesis, on judicial separation and divorce in the Circuit Court, funded by the Irish Research Council, was published in June 2014. She is now a certified mediator based in Waterford.

“The process of legally separating or divorcing through litigation in Ireland takes an inordinate amount of time and deeply wounds us, and leaves battle-scarred, fractured families to pick up the pieces, facing significant legal bills and enforceable orders as to how to parent their children without the children having any say whatsoever. When a marriage ends it is akin to bereavement . . .

“The single greatest difficulty families have is adjusting to the reality that funding two homes means a significant reduction in the standard of living the intact family previously had. The new reality is that the marriage is over and finances are stretched to breaking point.

“There is an unreasonable expectation in many cases that life should continue as it was, and people fight hard for that. Mothers fully believe that the judge will order a husband to continue to financially support the previous family lifestyle while also putting a roof over his head. In only one case have I seen the mother as the primary breadwinner.

“Husbands unreasonably believe that the wife should get a job while also being the primary carer of young schoolgoing children. My research has found that the nonresident parent is with the children for 1 to 2 per cent of the week. Fathers who are primary earners realise that they are expected to keep working hard to cover the costs of two households, but this means less time with their children.

“In every country I looked at for my research there is an acceptance that going to court should be the last resort, that families need interdisciplinary support at the outset to help them make parenting arrangements and to realistically deal with their finances. If we reduce stress and trauma to families at the time they are most vulnerable, it will ease the transition to life postdivorce.”