New to the Parish: Kamila Dydyna arrived from Poland in 2007 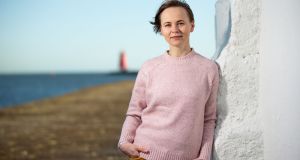 Kamila Dydyna says she was ‘blown away’ by the beauty of Ireland. Photograph: Tom Honan

Three decades have passed since Kamila Dydyna first attended a meeting of the local Jehovah’s Witness group in her hometown of Bielawa in southwestern Poland with her mother. Then seven years old, she felt “special and unique” in comparison to her school friends.

“I felt like I was part of something extraordinary. I remember feeling superiority over other people because I was closer to a group chosen by God as the true religion. It was instantly addictive, like a drug.”

Growing up with an alcoholic father, Dydyna believes her mother craved an environment where she could feel loved and appreciated. Her decision to join the Jehovah’s Witnesses with her youngest daughter, and Dydyna’s father and older sister’s rejection of the religion, created a lasting divide within the family unit.

“My mum was very independent and ran her own business as a hairdresser. She was the sole breadwinner for as long as I can remember. But she would have been very vulnerable, especially psychologically.

“When you grow up in a family where there is alcoholism you naturally carry a deficit of self-esteem. Like me, she needed attention and acceptance which we probably weren’t getting at home.”

Jehovah’s Witnesses are members of a Christian-based religious movement which originated in the United States towards the end of the 19th century. They are particularly well known for their door-to-door evangelical work and their refusal to accept blood transfusions. Members do not celebrate Christmas, Easter or people’s birthdays and believe humanity has entered its final days before the Armageddon.

According to the 2016 census there are 6,417 Jehovah’s Witnesses in Ireland, up a few hundred on the 6,149 recorded in 2011. Members claim there are more than eight million members worldwide.

Now a film-maker living in Dublin for more than 12 years, Dydyna has decided to revisit the time she spent within the Jehovah’s Witness religion through the medium of film. Her latest project, entitled Debutante and which is currently in pre-production, explores the fictional story of a devout teenage girl who must testify in front of her congregation’s judicial committee after committing the sin of having premarital sex with her boyfriend.

“In a nutshell the film is about loss of faith and identity,” explains Dydyna. While never personally appearing before one of these pseudo-courts, Dydyna also began questioning her religious beliefs in her late teens once she reached university.

Having spent what she describes as “one of the best times in my life” in secondary school, the bright student chose to study English literature at university despite discouragement from her congregation. “Jehovah’s Witnesses don’t encourage further education. Ideally you should get a simple vocation and forget about university because they’ll mess with your head and draw you away from God.”

With the support of her mother, Dydyna moved to the city of Opole for her studies. However, she quickly became overwhelmed by life away from the comforts of home. She tried to deal with her growing depression by becoming more engaged and active with the Jehovah’s Witness.

“It was like I had bipolar disease. I was going to my lectures while filling every other waking hour preaching or reading the bible. It lasted a year and then I came to a screeching halt and burned out. The new congregation had initially embraced me but when I stopped all their activities they suddenly saw me as bad company.

“As Jehovah’s Witnesses claim to be the happiest people on Earth, if you’re not happy there’s something wrong with you. So I felt guilt about becoming depressed. It’s not good enough to be a Jehovah’s Witness, you’re supposed to be an exemplary one or else you don’t deserve the support of other members. So I was pre-emptively shunned. Eventually I couldn’t cope and I saw a psychologist.”

During one of her first therapy sessions Dydyna realised she had never allowed herself to show anger. “It was a breakthrough moment in my life because anger is the emotion that took me out of the religion in the end. It exploded into this wave of rage at being shunned. I started noticing the emotional manipulation and this incessant feeling of guilt about everything. I even felt guilty when I used nail polish or make-up.”

I respect people’s right to profess their religion. But when that religion causes harm to people’s lives I feel obliged to speak about it

After a brief stint teaching English after university, Dydyna moved to Dublin in May 2007. She had dreamed of visiting the country ever since watching Braveheart as a teenager and learning it was filmed in Ireland. “I wasn’t your average Pole that comes to Ireland to make money and then goes back to buy a house. I was blown away by the beauty of the country. I’m fully aware the film is about Scotland but when I saw the Wicklow mountains I was like yeah, that’s where I want to live.”

Shortly after arriving in Ireland, Dydyna accompanied a friend to a Jehovah’s Witness meeting in Dublin. When asked by an elder whether she was a member, for the first time in her life, she said no. “When I realised I no longer wanted to be a witness it was terrifying. I was a witness as a kid so I took home those beliefs early, they were fused with my DNA.

“I was left with a blank space and felt incredibly lost. I was never disfellowshipped, I faded and slipped from their grasp.”

Dydyna kept busy by focusing on her work and after five months working shifts at Starbucks she found a job in administration. From there she moved into tech where she worked until 2014 when she started focusing on film-making. She has made two films to date and is currently fundraising for Debutante with plans to start filming in late January.

“There are many wonderful people in Jehovah’s Witness but I want to speak about the incredible harming policies inside the religion. It’s about the shunning and overbearing, the violating level of religious control in the most intimate aspects of life. I respect people’s right to profess their religion. But when that religion causes harm to people’s lives I feel obliged to speak about it.”

Dydyna is happy with her life in Ireland and plans to stay here in the long term. However, she still struggles with the time she lost within the religion. “It’s that feeling that I’m coming to everything later in life, a good 10 years late. I’m catching up now on my personal development.”