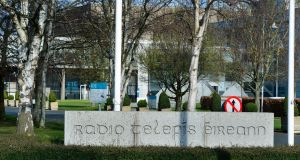 During his career in RTÉ, Tom Kelly worked on a number of programmes including Marketplace and Nationwide.Photograph: Cyril Byrne

During his career in RTÉ, Mr Kelly worked on a number of programmes including Marketplace and Nationwide.

However, he was best known in his role as the station’s midlands correspondent where he worked between 1992 and 1996.

Since he left RTÉ, Mr Kelly had worked overseas.

Mr Kelly’s successor as midlands correspondent, Ciaran Mullooly, described the news of his former colleague’s death as “shocking and sad.”

Meet Choupette, the cat with a bodyguard, a doctor and a chef
9