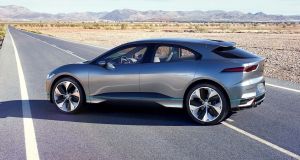 Next year is looking already starting to look like a banner year for new cars, with several genuinely iconic models up for renewal, including the new BMW 3 Series, the Toyota triumvirate of Corolla, RAV4, and Camry, Citroen’s C5 Aircross, new versions of the Renault Clio and Opel Corsa, and much more besides. Not all were available to test in time for to make the list, unfortunately.

2019 could, should, also be the year when electric cars finally start to make significant inroads into sales, but that is as ever hugely dependent on factors outside of the control of the car makers, most notably the provision of reliable, fast, public charging points.

It’s also worth noting that Ireland isn’t currently earmarked to get two of the most remarkable recent car launches - the Suzuki Jimny and Alpine A110 sports car. Both would be only of minority interest, it’s true, but of interest all the same. It’s a shame that our market is seen as so conservative, and so price-sensitive, that we won’t be able to drive those two cars here.

Speaking of prices, there’s no question that the market is in turmoil right now.

Brexit and the ongoing currency wobbles are luring buyers North of the Border and that’s certainly going to have an impact in new car sales in the Republic. It’s perfectly understandable that a motorist with a mid-range budget is going to weigh up buying a new mainstream model or importing a nearly new premium alternative. Even the dealers are getting in on the act, providing a used import service for many of their customers.

As that upheaval wasn’t enough, the introduction of the new WLTP economy and emissions tests has, somehow, managed to catch a lot of these huge, multi-billion-euro companies, on the hop and some are still scrambling to have their vehicles retested and their prices and Co2 emissions updated. So, although we’ve made every effort to ensure that the prices mentioned in our Top 100 cars are correct, we strongly advise you use them as guideline, rather than gospel, for the moment.

And the winner is...

Finally to our choices: top spot for 2019 has gone to the Jaguar I-Pace as both of us were bowled over by its ability, even if there was that lingering question mark about Jaguar’s long-term reliability.

We had the chance to extensively test the Jaguar in several situations, most notably during the annual week-long European car of the year test event both on the road and in dynamic testing on a closed airfield. It was not without issue, but the overall impression was an enticing electric proposition.

Despite several stalwarts deservedly retaining their high rankings - VW Golf and Mercedes-Benz E-Class we’re talking about you – it was a close run race with two latecomers, the Audi e-tron and BMW 3-Series squeezing into the top five at the last minute.

Take your time to go through our Top 100 Cars for 2019 list - and our reasoning - on the understanding that you are as certain to disagree with our choices and rankings, just as much as we debated and adjusted the list right up until the last minute.

Coronavirus: What day of the week is it again?
9