Woman sentenced for harassing couple who outbid her on dream home 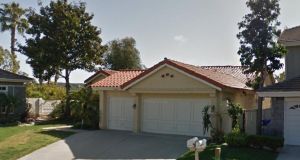 The single-storey, 3-bedroom house in Carmel Valley in San Diego has a gated pool, jacuzzi and a back yard with a pond. Image: Google Streetview

A woman who posted online ads inviting men to rape the female co-owner of her dream house in California has been sentenced to house arrest.

The harassment began shortly after Jerry Rice and Janice Ruhter bought their home in Carmel Valley in autumn 2011, when they received over $1,000 (€863)worth of books and magazines through the post which they hadn’t ordered, People. com reports.

They found their home re-listed for sale on the internet, their post stopped suddenly over Christmas, and several female neighbours received Valentine’s Day cards apparently signed by Mr Rice, which he claims he did not send.

Mr Rice then discovered online ads purportedly from his wife inviting strangers to their home to surprise her for a “Carmel Valley Freak Show” while he was at work. One man responding to the ad showed up at the couple’s door.

Following a police investigation, Kathy Rowe (53), a former San Diego “Mother of the Year”, was arrested and charged with two felony counts of solicitation of rape and sodomy and misdemeanour counts, including identity theft and harassment.

Court documents show she had replied by email to one man pretending to be Ms Ruhter, saying: “I love to be surprised and have a man just show up at my door and force his way in the door and on me, totally taking me while I say no.”

In November she pleaded guilty to a stalking charge, and was sentenced last Friday to a year of home electronic surveillance, five years of probation, and ordered to stay away from the couple for 10 years.

Mr Rice and Ms Ruhter had outbid Ms Rowe for the 3-bedroom house in 2011, which was for sale for almost $780,000 (€673,000). ABC News reports that Ms Rowe had told prosecutors she was “devastated” at losing out, as the one-storey house with a pool and a yard would have been perfect for her disabled daughter and her husband, who was recovering from a heart attack.

At the sentencing hearing, Ms Rowe apologised for her behaviour.

Her attorney Brad Patton told People.com that the stress of caring for her family had caused Ms Rowe to snap, but once she found a suitable home for them to live in, the “pranks” had stopped.