Park yourself in this Dún Laoghaire seafront home for €1.5m 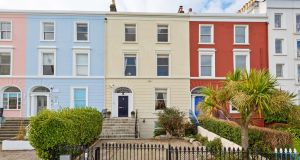 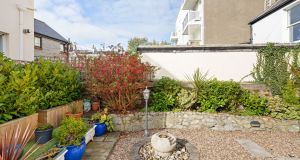 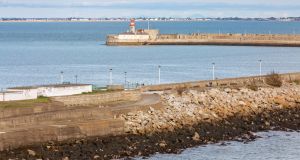 Marine Terrace overlooks the old Victorian baths on Scotsman’s Bay in Dun Laoghaire, the restoration of which is well under way. The project, due for completion in 2020 will see the old amenity renovated, with a new café, artist’s studios, a life guard station and a jetty for water sports enthusiasts.

Number 9 lies mid-terrace and the house, which is three storeys over basement extends to a generous 338sq m (3,640sq ft).

Set inside electric gates the property offers off street parking which is a huge benefit in the area, especially at weekends, when the People’s Park which lies adjacent is busy with the farmer’s market that takes place every Sunday, offering artisan foods and crafts.

One of the stand out features at hall level are the heavily carved oak doors and architraves which are said to date from the 17th century. These carvings are also found in the formal drawing and dining room, whereby the fire surrounds, depicting Garden of Eden scenes with acanthus leaf decoration, fill the entire width of the rooms. These are not protected so may be removed should new owners find they darken the rooms too much.

Off the dining room lies a sun room, which appears to be a later addition to the property which itself was constructed in the 1860’s.

The return at hall level – also a later addition – is a long room which the agent lists as a fifth bedroom. While it would certainly work as a bedroom, the light from overhead Velux and lots of glazing along one wall would allow for a lovely artist’s studio or home office.

There is access from this room to the rear garden, which in courtyard style is not large, as a mews was constructed to the rear, but the People’s Park and the waterfront amenities are ample compensation.

The basement, which is very bright thanks to pale tiles, white walls and silver white Silestone, is laid out as one huge open plan living, dining and kitchen area. There is also access from here to the rear and front gardens.

The real selling point of the house becomes apparent on the first floor, where the dramatic sea views from a formal drawing room, which stretches the entire width of the house, takes in all of Dublin Bay right over to Howth.

The house has four fine bedrooms plus the option of a fifth, and though in good condition – the kitchen is new – the bedrooms and bathrooms need a bit of a cosmetic upgrade.

St David’s, as Number 9 is known, is on the market through Hunter’s seeking €1.5m.