Bowled over by Blackrock’s Green Road for €1.5m 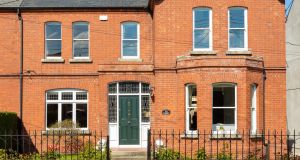 Kileen, 35 Green Road, Blackrock, Co Dublin is close to a range of family-friendly amenities, making it a house for life 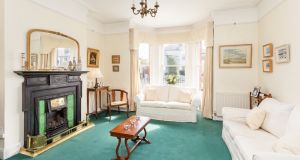 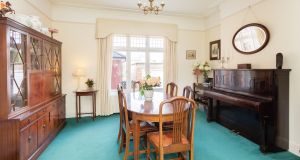 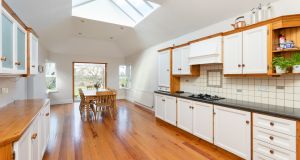 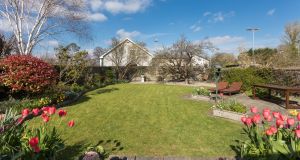 Once part of the Pembroke Estate, Green Road in Blackrock was developed in stages with the early developer who built number 35 building three houses, two semi-detached and a detached property. That was in 1908 and all three are substantial two-storey redbricks with Edwardian features.

Number 35, one of the semi-detached houses and now called Killeen, last sold in the 1990s and its owners are now downsizing. The wide road is so close to the village, schools, good transport links and near to a range of family-friendly amenities – there’s a tennis and bowling club over the back wall of number 35 – that owners tend to stay around here for a lifetime, or as is now the more practical option, for such a sizeable house, until the children have gone their own way.

The house had already been extended when the owners moved in 25 years ago – a rear extension had been added to provide accommodation for an elderly relative – and a new eat-in kitchen built. That brought the house to a substantial 234sq m (2,518sq ft).

The current owners did some work of their own. They reworked the extended area to suit their own needs, so the “granny flat” accommodation off the kitchen became a study, still with the shower room en suite and another shower room added alongside a utility room.

The generous-sized hall is an appealing period feature helped by the owners’ decision to reinstate stained glass into the windows around the door. They also double-glazed several of the sash windows elsewhere in the house. Off the hall, to the right, are two interconnecting rooms: to the front, the bay-windowed drawingroom with an original fireplace, its art deco brass canopy gleaming; the rear room plainer without this lovely feature. The house is double-fronted and to the left off the hall is a familyroom.

Four double bedrooms are located off a bright spacious landing, as is a family bathroom with freestanding cast iron bath, and a separate WC as per the original layout.

There is off-street parking for a couple of cars and a semi-detached garage set back from the driveway.

The 21m (70ft) rear garden is wide and not overlooked – the view from the upper windows is of tennis courts. The front garden is as well-planted and maintained as the rear, both now just coming into colour.

New owners, likely a family trading up, will probably do some work of their own, perhaps reconfiguring one of the bedrooms to create an en suite – considered a must-have at this level of the market – and redecorating. The home office could be a fifth bedroom if required.