Detached property boasts acres of space, a sun room with home bar, and has two kitchens 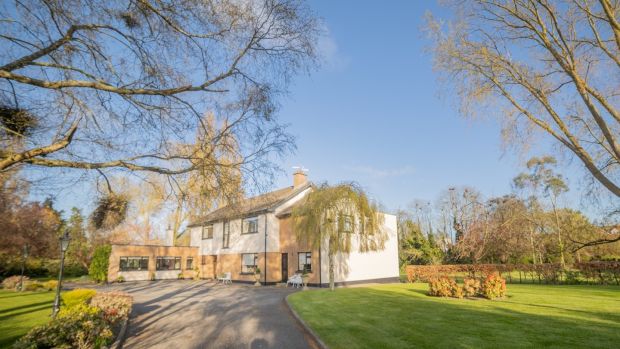 One sector of the home-hunter market is looking for a place big enough to house three generations of family. Woodview House at Bettystown Cross is just 2km inland from the golden sandy beach and offers families a lot more living room and a chance to be close to relatives.

While the decor needs modernising, the five-bedroom detached residence is beyond sizeable. A former B&B set on more than 1.6 acres, it extends to 418sq m (4,500sq ft), which is almost big enough to accommodate two pairs of standard size four-bedroom two-storey homes.

That’s enough for every member of the family to endure self-isolation, should the need arise. Its current layout, which includes self-contained living quarters, will lend itself to multi-generational living, should you wish to combine your purchasing power with that of your parents and all live separately but under the one roof.

The property, which was built in the 1970s and extended in the decades since, is the kind that is no longer built. It boasts acres of space including a sun room with home bar, and has two kitchens, one of which was used as a prep space for the bed and breakfast. There are also separate family sitting rooms.

Upstairs there are five bedrooms, four of which have en suite bathrooms, and you could play all manner of ball games on the lawns.

Bettystown Cross, the ritziest part of this Co Meath village, is about a 20-minute drive from Dublin Airport. The village is less than 2km away and local primary and secondary schools are all on the one campus in Laytown, a five-minute drive down the road.

The house, which has a BER of D2, is asking €850,000 through Shane Black Property Advisors and Agents.

Converted coach house and stables a hidden gem for €545,000