Built in 1910 by a benevolent employer, 2 Dungar Terrace has been extended to 136sq m 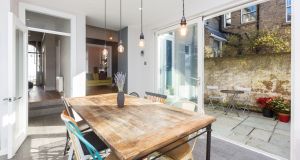 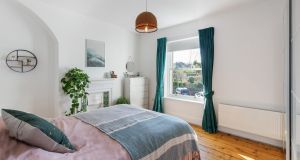 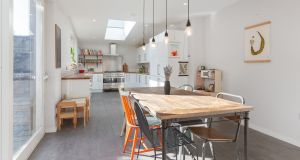 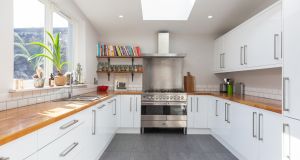 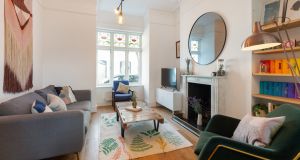 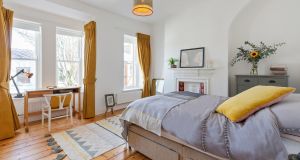 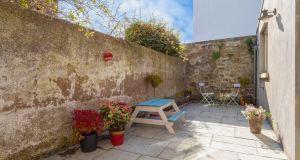 This article is 4 months old
View this property listing

The exhibition Edward Lee: Model Employer and Man of Moral Courage, which has just finished at Deansgrange Library, told the story from the book of the same name, written by his great grandson Michael Lee.

Edward Lee established the first department store in Dún Laoghaire in the late 1800s. The Methodist – whose religion would play a large role in how he ran his business and treated his staff – was the first employer in Ireland to introduce a half-holiday day in 1889, believing that the working day should be shortened, and also introduced a bonus scheme for his employees.

His strong social conscience is evident in the fact that when he was elected a member of Bray Urban District Council in 1900, he believed that it was “the first duty of the council to see that the poor were properly housed”.

In Dún Laoghaire, this is also evident from the small cul-de-sac of 12 houses on Dungar Terrace, which lies off Northumberland Avenue. Here he commissioned architect William Kaye-Parry to construct “twelve charming residences and one charming house” behind his department store on George’s Street. The 12 houses, constructed in 1910, were destined to be homes for his employees, and were later handed over to the townland’s urban council.

Number 2 is home to teacher Lisa Hayes and her husband Brian Shields, who purchased the house in 2014, when it had been in use as a commercial building prior to its purchase.

After a year, they engaged architect David Shannon of local firm The Architects to extend and renovate the property.

Now extending to a generous 136sq m (1,403sq ft), the property has four bedrooms and a superb kitchen and dining extension to the rear.

Everything from plumbing to rewiring has been upgraded, as has the insulation, which now gives the property a considerably better building energy rating of C1.

Small details such as the bespoke coving, replicated from the original by the Dublin Mouldings company on Parnell Street, give an indication of the level of detail that went into the renovation.

The extension, which gives a very spacious kitchen-cum-diningroom, allows the two reception rooms to the front of the property to be used as livingrooms.

What was the old diningroom is now a lovely family livingroom. Painted in Farrow & Ball Down Pipe, this room is warmed by a stove and provides a good contrast to the more formal livingroom overlooking the tree-lined street.

This room retains its original fireplace, and is bright thanks to a bay window and engineered pale oak flooring.

Upstairs are four bedrooms: two generous doubles, a smaller double and a box room alongside a good-sized family bathroom.

While the extension took some of the rear garden, it retains a courtyard space and is accessed via French doors from the livingroom, large sliding doors in the kitchen and a covered passage alongside the house. The trade-off is that the lovely People’s Park is just a five-minute walk, and the property lies 10 seconds from Dún Laoghaire’s George’s Street.

With a growing family, the couple have placed this lovely home, in turnkey condition, on the market through Lisney seeking €765,000.