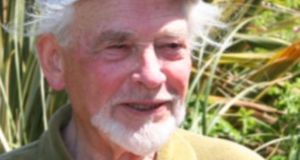 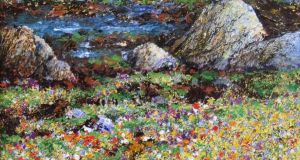 At 86 years of age, Kenneth Webb is one of Ireland’s oldest working artists, and now the Connemara- based painter is holding his 21st solo exhibition and sale of paintings at The Kenny Gallery in Galway.

Webb was born in London in 1927 and first exhibited at the Royal Academy in 1949. He moved to Ireland in 1953 when he was appointed head of painting at the Ulster College of Art, Belfast, and he held his first solo exhibition in that city the following year.

In 1959, he set up the Irish School of Landscape Painting and began painting full-time.

Gallery owner Tom Kenny said, “Kenneth Webb has been a major influence on painters in this country through his teaching, his imaginative use of colour and his superb technique.” His paintings frequently turn up for sale in art auctions.The exhibition features 40 paintings and prices range from €3,500 to €35,000.