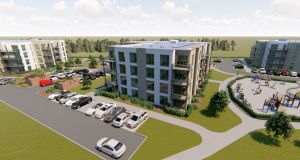 It has been a rough couple of weeks down the planning office for a number of leading developers and investors who now have to revise plans for thousands of proposed new homes, following several decisions made by An Bord Pleanála (ABP) in the last week of June.

In Dublin, listed housebuilder Glenveagh was refused permission at Hollystown Golf Club for a change of use of an existing golf course to accommodate a residential development of 133 houses and 120 apartments. The planning authority described the proposed scheme as “a substandard form of development.” Glenveagh reportedly paid about €15 million for the golf club last year, before shelling out a further €65-plus million for an adjoining site a few months later.

Glenveagh’s pre-application for 473 planned new homes on Citywest Road and Magna Drive in Dublin 24 also hit a setback the same week, as ABP decided the developer needs to reconsider its plans before advancing a full application.

The planning authority came to the same conclusion regarding a proposed development of 1,009 apartments at the corner CB Packaging Site on Ninth Lock Road, which are all intended for the rental market. Arbeten, a company whose shareholders include Remcoll Capital and Wychwood Properties, a property company controlled by the Enright family of Syncreon fame, owns the site.

Other major property players whose plans have been pushed back include Michael Cotter’s Park Developments, whose subsidiary, Parsis, has been asked to revise a proposed development of 144 homes adjacent to Santa Sabina College in Sutton, and Ardstone Homes, who must reconsider a proposed scheme of 594 homes at Scholarstown Road, Dublin 16.

Elsewhere, in Dundrum village, investors Hammerson and Allianz, who jointly own Dundrum Town Centre, submitted a pre-planning application earlier this year for 109 apartments, but ABP has asked them to reconsider those plans.