Plan B for D4 boutique apartments as buyers become renters instead

Permission sought to develop historic Dalguise House site under fast track planning which for more than 50 years has been home to (...)

Devin Toner sells up in Portobello for €895k

Two of Cork’s most significant retail assets sell for €78m

Cosgraves secure half-acre site in Dublin 8 for about €6.5m

Fitzwilliam sells Next flagship building on Henry Street for €44m

The redevelopment opportunity on 1.75 acres was sold by Marlet to Equitas Properties

Ciarán Murray sells house for €87,000 more than he paid for it

Sandyford site with planning for over 450 homes makes €38m

Rent-only apartment schemes on the up but ownership declines

MKN gets green light in Clontarf, but Killester plan is refused

Building set to be refurbished and extended to 99,000sq ft by Irish developer Oakmount

Work to begin on 310-room budget hotel on Liffey Street

Development which will involve the demolition of several buildings is the second hotel scheme planned for the area by Noel Smyth's(...)

The great Shrewsbury clearout: changing of the guard on Dublin’s premier road

Twinlite ramps up with 372-unit rental scheme in north Dublin

The Stillorgan Road site adds to its 2.35 acres on Brighton Road, while yet more development is in the planning in the village

McKillen Mount Merrion development gets go ahead despite local objections

Former St Mary’s Home building on Pembroke Park likely to be converted to luxury apartments, with townhouses on the grounds

Permission sought for eight-storey hotel on site of Twilfit House

Plans for College Green area make it a magnet for investors

Oakmount acquires 0.35-acre site on border of Dublin 2 and 8

Construction of large building with retail, gym and office space to begin in six weeks

The 50-unit development will occupy about a quarter of 3.14 acre Castle Park site in Dalkey

Avestus to launch Richmond Homes brand with 25 houses in D7

Half of Ronan Group’s €43m, six-acre waterfront site set to include hotel and offices

Oakmount plans include branching out to ‘vibrant, energetic’ area of Dublin 8

Bartra, the development firm owned by Richard Barrett plans a multimillion euro upgrade of Ardoyne House, and the buyout of many o(...)

Such is the demand for tourist beds, established hotels in the capital are reconfiguring rooms and office spaces to cash in

Three grand scale houses, in need of work, vision and deep pockets, while another period house in Ballsbridge is ready to walk int(...)

Looking for… a large four-bed home in south Dublin

Three to invest in: Allsop auction has 240 lots

With a combined reserve of €31 million, 181 of the properties going for auction on February 25th are residential and one-fifth of (...)

Looking for . . . a home in the vibrant village of Castleknock

Choose from a large detached house on a big plot, a four-bed three storey and a bright and airy apartment

Looking for . . . a spacious apartment in south Dublin

Looking for . . . a pre-’63 property ripe for conversion in Dublin

Looking for… a property in Malahide

Residential property: Looking for… the high life in Dublin

Looking for… a family home in Clontarf

Looking for ... a residential property in south Dublin in Allsop’s September auction

Refurb lessons? What the architect learned 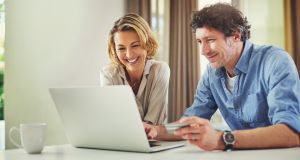 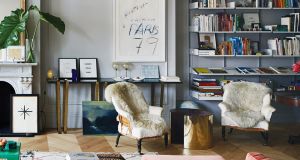 Read the Autumn digital edition of The Gloss Interiors magazine

What is the going rate for a home in...Co Kerry?
3