Holmacre in Waterford has many splendid features its new owner will want to retain, but some will have to change: one bathroom for six bedrooms? Unthinkable 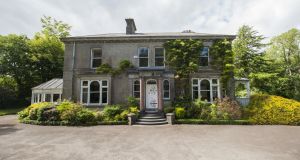 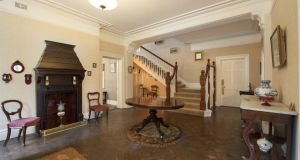 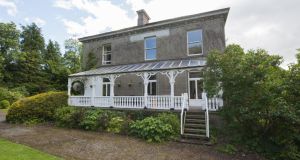 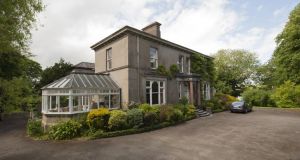 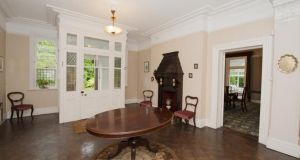 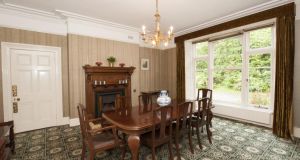 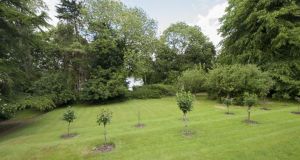 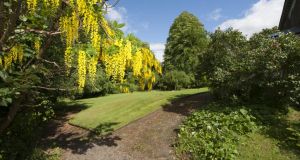 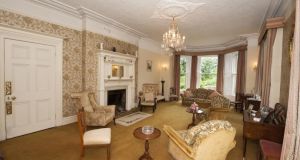 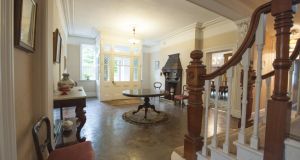 It’s a hazy day in the sunny southeast, and I’m in the gardens of Holmacre, looking over the river Suir, as the sounds of a nearby funfair drift by on the afternoon air. The garden is lush in a slightly overgrown way, with specimen trees and thickets of bamboo.

There is a round garden, a walled garden with fruit trees, and little paths meandering about. We have turned off the Newtown Road, down a hedged avenue to get here, and it’s easy to forget, apart from the sounds of the funfair, that Waterford city is just down the road.

Wooden verandah
Walking back up to the house, through a well kept rose-planted lawn, there’s a set of curving stone steps to a pair of pillars flanking the imposing front door. To the right, a rather lovely wooden verandah runs the length of the river side, while opposite is a south-facing sunroom.

Inside, the house is caught in a bit of a timewarp. Its owner, the late Austrian émigré, Kurt Kraus, made his fortune in refrigeration and milk distribution. Following his death, earlier this year, the family are putting Holmacre on the market, through Purcell Properties, priced at €895,000.

Kraus bought it in 1965 from Noel Griffin, who with Charles Bacik, revived the fortunes of Waterford Crystal in the 1950s, making it the must-have glass for weddings, christenings, prizes and parties.

There’s a stunning Waterford chandelier in the drawing room at Holmacre, which is included the sale.

So much for the past, but now I’m trying to imagine the house’s future. There are plenty of original features you’d want to preserve. A gorgeous hardwood parquet floor in the hall, which makes you realise why parquet is so imitated, a stained glass window on the return, lovely large bay windows, coving and cornicing, old fashioned fireplaces and good woodwork everywhere.

But I’m also pretty sure the new owners will want to update the kitchen, perhaps knocking through to the china pantry. Also our more modern passion for en suites means the current six-bedroom arrangement is unlikely to remain exactly as it is. Share a bathroom in a house this size? Unthinkable.

Lack of en suite facilities notwithstanding, for a family it could hardly be more convenient. The People’s Park is a step away, and Newtown School and De La Salle College are more or less opposite. Kids could have tree houses, practise fishing, pretend to be swallows and amazons, and only have to leave the house a mere five minutes before school starts. Newtown is the sough- after part of Waterford and it would be lovely to imagine Holmacre giving yet another family a happy home.

Marie Cassidy: ‘People think they know me because I’ve a bit part on a TV show called the news’
9

Electric bikes are all the rage. But are they good exercise and are they safe?
10