A ‘Down-size Abbey’ for €1.35m to suit aspiring Meath gentry in the royal county 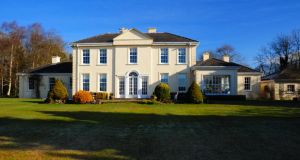 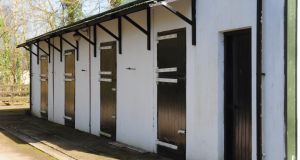 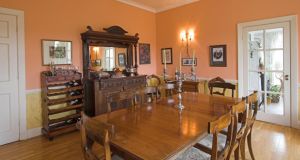 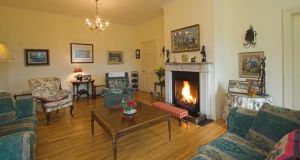 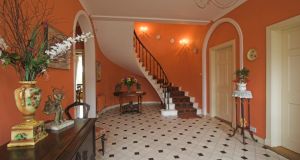 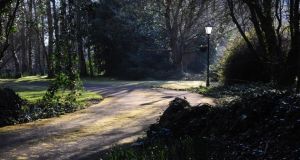 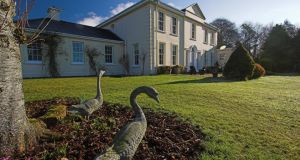 Ireland has such a soft spot for nobility; earls especially. More than 500 years after the old Gaelic aristocracy sailed from Lough Swilly towards a Spanish sunset, the Flight of the Earls can still prompt outpourings of national keening. But what of the Anglo-Irish lords who gradually faded away as the Ascendancy twilight turned to nightfall during the 20th century?

One of the many grand hereditary Irish titles that vanished was the earldom of Fingall. When the 12th and last earl, Oliver James Horace Plunkett, died “without issue” in 1984, at the age of 88, the title, awarded to his ancestor in 1589, also expired.

Lord Fingall was, according to a report on his death in The Irish Times , “the last of a long line of Catholic aristocracy” who had lived at Killeen Castle in Dunsany, Co Meath. Yet he was also “a modest man and the only possessions that really interested him were the racehorses he occasionally put into training”. Educated in England – in prep school at Eastbourne, and then at Downside and Sandhurst – the earl joined the British army (17th Lancers) and reached the rank of major. He served in both the first and second World Wars and was awarded the Military Cross “for exceptional gallantry”.

In 1951 he sold Killeen Castle but kept 70 acres on which, in 1968, he built a new house, the Commons, in the French Palladian style, and lived there with his second wife, Clair.

After his death, the last Countess of Fingall sold the house and returned to her native Australia where she died, at the age of 99, in 2002.

The Commons was subsequently bought by Joe O’Sullivan, a Galway-born, New York-based businessman, who returned to live there with his family. He died last year and his executors are now selling the property, which is scheduled for auction on April 17th through Sherry FitzGerald, which is giving an AMV of €1.35 million.

The house appears to be in very good condition but will require some modernisation, especially of the kitchen and bathrooms. Some 3,580sq ft (333sq m) of accommodation is currently arranged on the ground floor as three reception rooms, kitchen and utility room, and a one-bedroom apartment with its own entrance that could either be incorporated into the house or used as an adjoining flat.

A grand hallway with a cantilevered stone staircase leads up to an open reading room and four bedrooms, one of them en suite, and a bathroom.

According to the agent, when the last earl commissioned an architect to design the house he was “mindful to incorporate an appropriate amount of finesse and grandeur befitting one of the oldest and best-regarded Anglo-Irish families”.

Some mementoes from Killeen Castle were transferred to the house, including, from “upstairs”, a marble fireplace that was installed in the new drawingroom and, from “downstairs”, flagstones from the castle kitchen used to lay the large south-facing patio at the rear of the new house.

The days of footmen are a distant memory but the Commons has an ingenious solution: its working set of servants’ call bells includes a foot pedal in the floor, beneath the dining-room table, to alert the kitchen that guests are ready for pudding.

The house, essentially an earl’s Downsize Abbey, might suit aspiring members of the Meath gentry, or a wealthy member of the Irish diaspora seeking a small country estate or stud farm, in the heart of hunting and racing country, 24 miles from Dublin Airport.

The grounds of the adjacent Killeen Castle are now a golf club that features a Jack Nicklaus-designed course.

The castle itself, largely a 19th-century structure in the style of Windsor Castle, was burnt out in an arson attack in 1981. It was eventually sold to a developer, who planned to turn it into a 179-room luxury golf and spa hotel. That plan was put on hold in the post-Tiger crash.