Too many antibiotics could spoil your gut

Using antibiotics to treat all illnesses, even viruses, is causing a major, global health problem 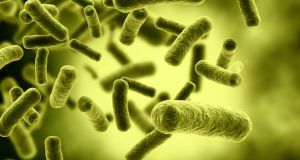 While antibiotics are very effective against the bug that is causing the infection they are treating, they also tend to knock out other bugs, particularly the so-called good bacteria in the gastrointestinal tract that are so essential to health. Photograph: Thinkstock

A leading gastroenterologist warns that the use of antibiotics to treat digestive health problems is a major public health issue. Prof Eamonn Quigley, who is a principal investigator at the Alimentary Pharmabiotic Centre (APC) at University College Cork (UCC), the head of gastroenterology at the Methodist Hospital in Houston, Texas, and a former president of the World Gastroenterology Organisation, says the pendulum has swung too far in terms of the propensity to turn to antibiotics to treat ailments.

Speaking to The Irish Times in advance of Thursday’s World Digestive Health Day, he says, “If you look back over the past 100 years or so, we have gone from a phase of having nothing to combat infection to having a vast selection of antibiotics available to us to treat all sorts of infections.

“That was obviously great progress from a medical point of view, but the problem that has arisen now is that antibiotics have become overused.

“There is a tendency to give antibiotics for a lot of infections that are not due to bacteria at all. They are due to viruses, which don’t respond to antibiotics.

“Antibiotics represent a tremendous era of progress in the battle against infections such as TB, which killed millions. It has been a tremendous step forward but I think the pendulum has now swung too far in the other direction. They are used for things now that often don’t merit the use of antibiotics.”

Resistance Quigley says the first problem in this regard comes with antibiotic resistance.

“If you take it often enough, or too frequently, resistance develops,” he says. “When resistance to antibiotics develops in the community, you’ve got problems. There are major problems in Ireland and elsewhere with antibiotic-resistant strains, particularly in hospitalised patients, which can be extremely difficult to treat and can have very serious outcomes.”

He outlines a second problem in relation to the use of antibiotics; in that they work at “blunderbuss” levels.

“In other words, while they are very effective against the bug that is causing the infection they are treating, they also tend to knock out other bugs, particularly the so-called good bacteria in the gastrointestinal tract that are so essential to health.

“When you give an antibiotic that kills the desired bug but also flattens some of the good bugs, it gives an opportunity to other bacteria that isn’t so good for us to step in and cause problems.

“A classic example of this – one that has caused enormous problems in hospitals throughout the western world – is clostridium difficile [CD].

“This particular bug is responsible for closing hospital wards and, in some extreme cases, closing entire hospitals. The typical context in which it occurs is in older, sicker people who get antibiotics for good reason and their normal bacteria get flattened. CD enters and causes severe diarrhoeal illness with colitis.

“To make matters worse, in recent years, a very aggressive, more resistant strain of CD has emerged. We’re seeing more and more people who get an attack of CD, which we treat successfully, but they get recurrences and then they get into a situation that is very difficult to treat – and CD can spread like wildfire in a hospital.”

Exciting research Quigley also says exciting research emerging from the US in relation to the effect of antibiotics on the digestive systems of animals shows it could be “profound”. “It’s very provocative,” he says.

“What they’ve found is that when you expose animals early in life to these very minimal doses of antibiotics, it does impact on their normal gut microbiota and it also affects their metabolism profoundly.”

Antibiotics are a “vital component of modern medicine but they need to be used judiciously, carefully and appropriately,” he says.