‘The greatest gift of all’: the successes and pitfalls of organ donation 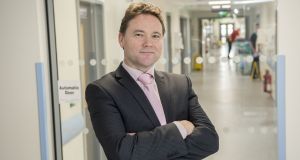 James Nolan: “We always focus on the recipients and say that they are able to do this and that. I couldn’t do anything without my sister.” Photograph: Brenda Fitzsimons

Three years ago James Nolan of Nolan’s Butchers in Kilcullen, Co Kildare, went to the House of Lords to accept the most prestigious award of its kind in both Britain and Ireland.

The fourth-generation business received the champion of champions accolade from the Countryside Alliance. Having won best butchers in 2012, in 2015 it was judged also to be the best of the 10 previous winners of the award.