The sex survey: Women more likely to use sex toys 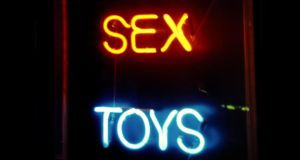 The majority – 58 per cent – of sexually active people who responded to The Irish Times sex survey have used sex toys, with women slightly more likely to use them than men.

Sex toys are most popular among bisexual women and lesbians, with about 80 per cent of those who participated in the survey using them.

“The growing comfort with sex and one’s own body would indicate a freedom to use sex toys, and the fact that women use them slightly more than men demonstrates their sense of freedom in their sexuality,” says psychotherapist Trish Murphy.

Sexologist Emily Power Smith adds: “I’m delighted the figures are so high. However, I know that a lot of women have tried toys and because it was not suited to their needs or they weren’t sure how to use it, the toy ended up in the back of a drawer.”