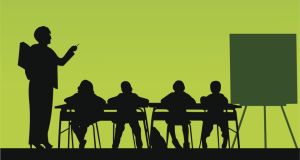 Eight out of 10 people who responded to The Irish Times sex survey do not believe sex education in Ireland is adequate. The figure was lowest among 17- to 24-year olds, at 77 per cent, rising to 87 per cent among those aged over 65 (5 per cent had no opinion, just 8 per cent said they had received sufficient sex education).

Sex therapist Teresa Bergin comments: “This figure tallies with my clinical experience. The large majority of people of all ages would say that their sex education was insufficient. Significantly, people say that they also received very little education or guidance around relationship development and intimacy and practically nothing around potential sexual problems.”

Psychologist Trish Murphy  adds: “This survey shows that what is currently normal in sexuality is probably not included in sex education, such as bisexual and homosexual relationships, sex toys, fantasy, pornography, etc.”

The Irish Times sex survey was conducted on irishtimes.com over the course of a week in June 2015. A total of 12,639 participants completed the survey (a 71 per cent completion rate), with 12,134 responses used in the follow-up analysis. Over 500 responses were excluded, the vast majority because the participant was under the age of 17 (below the required age to take part) or where it was obvious that false information had been provided. Click here for the full results.