About The Irish Times sex survey 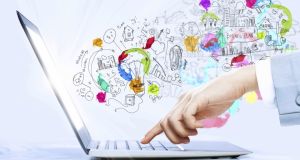 The Irish Times sex survey was conducted on irishtimes.com over the course of a week in June 2015. A total of 12,639 participants completed the survey (a 71 per cent completion rate), with 12,134 responses used in the follow-up analysis. More than 500 responses were excluded, vast majority because the participant was under the age of 17 (below the required age to take part) or where it was obvious that a participant had provided false information.

The survey was carried out among self-selecting individuals. It is not a weighted survey and does not purport to be accurately representative of the wider population, biased as it is towards certain age groups (more than two-thirds of those who took the survey were between the age of 24 and 50) and towards those who are more sexually active. Therefore all results should be seen as indicative rather than definitive.