Psychology along the spectrum of human sexuality 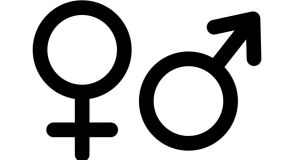 In the past several decades there has been a great deal of research, in psychology and related disciplines, on human sexuality. This research has highlighted the richness and complexity of human sexuality, showing many similarities in the hopes and desires of people in heterosexual and same-sex relationships.

When psychologists started doing research about sexuality they quickly ran into a problem: how would they ask people to identify their sexual orientation? People were simply asked to pick “heterosexual” or “homosexual”. Yet researchers and clinicians noticed that many people who did not identify as homosexual (or as gay, lesbian or bisexual) had had same-sex sexual experiences, and that many who did identify as gay or lesbian had had heterosexual experiences. This raised the question of what sexual orientation actually means.

Extensive research into human sexuality has consistently demonstrated firstly that across cultures, ages, ethnic and religious groups, people experience attraction and romantic relationships with people of the same sex. Homosexuality is part of the spectrum of human sexuality. A second finding is that many individuals who do not necessarily identify as gay or lesbian have same-sex experiences during their lifetimes.

Researchers and clinicians found that not everyone was consistent across these dimensions: for example, one’s sexual behaviour could be heterosexual, while emotions and/or fantasies could focus on individuals of the same sex.

Finally, research found that individuals can change across their lifespan on some or all of these dimensions. A good example of this is people who come out as lesbian or gay late in life, in some cases after having had a loving, committed heterosexual relationship.

The Psychological Society of Ireland has recently published Guidelines for Good Practice with Lesbian, Gay and Bisexual Clients that draw on this research. The guidelines also provide specific information about the distinctive experiences of lesbian, gay, bisexual and transgender (LGBT) people. Experiences of homophobia and the process of coming out are two examples.

Interestingly, it was a psychologist, Weinberg, who coined the word homophobia in 1972 to refer to prejudice and hostility towards lesbians and gay men. This term became contentious in an Irish context recently, provoking much discussion and debate about terms for anti-gay prejudice.

Several other terms have been developed in psychology: one is minority stress, which refers to the mental health consequences of prejudice and discrimination. Prejudice can take the form of verbal assault, anti-gay jokes, social exclusion, physical violence and anti-gay rhetoric. Obviously, these experiences are stressful.

Research shows that those who are more isolated or who are coming out are more vulnerable to the impact of minority stress.

Conversely, those who have supportive and affirmative connections are more likely to develop resilience in the face of prejudice.

Coming out is a phrase that refers to the process of accepting one’s lesbian, gay or bisexual orientation, choosing to share this with others, and developing a positive sexual identity. This can be a period of heightened vulnerability, especially for young people.

Coming out also refers to the process of disclosing to family, friends, colleagues and possibly a wider public. It takes courage, but research has found that the majority of people who come out experience increases in self-esteem and in positive social connections.

How psychologists can help

Fortunately there is a range of support and resources for LGBT people in the Irish context and these are listed in the guidelines as well.

Lack of knowledge a dangerous thing

Obviously, anti-gay prejudice in a practitioner is a major problem and this can include attempts to change clients’ sexual orientation, which is now known to be harmful and considered unethical by psychological associations.

Another common problem is a practitioner assuming that psychological problems are caused by being gay.

Research and practice in psychology has provided us with the most important component of good practice, which is is to be informed.

LGBT clients have found well- informed psychologists to be immensely helpful in dealing with the issues that bring them to health services.

Dr Geraldine Moane is a senior lecturer in psychology at University College Dublin. She is chairwoman of the sexual diversity and gender special interest group of the Psychological Society of Ireland (PSI).

To read the guidelines, see iti.ms/1LJJi19

The air is filled with birdsong now. It was always there, we just couldn't hear it
6