Jennifer O'Connell: Sex conversations with kids shouldn’t be only about ‘the talk’ 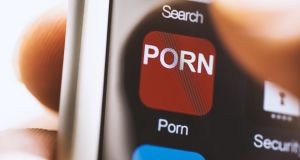 It’s an unassailable law – a law so fixed it might be carved into our DNA – that every generation regards the next generation’s attitude to sex as dysfunctional.

All the same, for anyone over the age of about 35, it’s hard to avoid the feeling that this time it’s real: that we have shaken off the stifling, misogynistic and repressive attitudes of the past, and replaced them with practices and attitudes that may prove even more damaging, particularly to girls and women.

The picture for older women isn’t much better. Across popular culture and society, sex is still viewed predominantly as something through which men receive pleasure, and women give it. Thanks to the #MeToo movement, women are finally being heard in the fight against sexual harassment, but we still have a long way to go. Recent, high profile rape trials have raised important questions about how legal systems in Ireland and elsewhere treat complainants.

For all the hand-wringing older generations do about how to help our children navigate this world, we seem unable to look at this issue other than through a strictly heteronormative lens. The binary model “leaves out arguably the most vulnerable people in our society completely. People who are same-sex attracted, queer, gender queer and so on, are invisible,” says Emily Power Smith, Ireland’s only clinical sexologist.

How can we begin to right it?

Where have we gone wrong? And how can we begin to make it right, to reclaim sex as something that’s safe, empowering and pleasurable for women – and for men – whatever their sexuality or sexual identity?

Sex columnist and academic Roe McDermott takes issue with the view that today’s younger adults are any more dysfunctional than their parents. The technology is new, but the kinds of sex they’re having are not, she says. The difference now is that we talk about it more openly “and these conversations aren’t just happening or accepted among straight cis men, who have historically been allowed to do whatever they wanted sexually. Sexual expression beyond monogamous, missionary sex is just now being extended to people of other genders and sexualities, and only now are we concerned about it being unhealthy. Funny that,” she says.

We need to talk about sex, and we need to start the conversation right now – with our partners, with each other

She points out that we’re now discussing consent more than ever; that in the past “marital rape was considered normal [and] laws declared that women of colour could not be victims of rape.”

McDermott is right of course: not everything is bleak. Children born outside marriage are no longer othered or ostracised. Contraception is freely available. We are talking about consent. Same-sex relationships have the same legal rights as opposite-sex ones. Our society is slowly becoming more accepting of people who don’t conform to a binary view of their gender identity.

But it still does not quite know what to do with women who embrace their sexuality. Take what we really mean when we talk about “risky or dysfunctional sex” suggests McDermott. She characterises it as “any sexual activity that is engaged in without informed, enthusiastic consent or physical safety precautions” – but suggests that’s not typically what is meant. “These terms are usually weaponised as non-specific judgements about other people’s sexual lives.”

The moral panic over sexting – a word guaranteed to strike terror into the heart of any parent of pre-teens or teenagers, this one included – is one example.

According to a recent survey of teenagers by Zeeko, an internet safety start-up company based in Nova UCD, 17 per cent of boys and nine per cent of girls have sent a nude or semi-nude image of themselves; 18 per cent of boys and eight per cent of girls have sexted someone who was not a partner. But instead of judging them, McDermott feels we should look at this another way. “If a young woman sends a nude photo to someone, we deem that risky because the photo could be shared without her consent, and that could be damaging to her reputation and professional prospects. But the problem isn’t a young woman expressing her sexuality – it’s the person sharing the photo maliciously and without consent; it’s the people who look at the photo knowing they don’t have permission; it’s the shame we impose on women for having bodies and expressing their sexuality.”

The elephant in the room

So what can we do about it all?

We need to talk about sex, and we need to start the conversation right now – with our partners, with each other. Power Smith points out that it is not only women who have been damaged by a rape culture that assumes all men are predatory. “It puts enormous pressure on them. Men need to learn that it’s okay for them to say no too.” We need to put gender to one side when we talk about sex, she says. “I have a real problem with the message we have to protect our girls from boys: teach our girls how to give consent and teach our boys how to hear consent.”

What we really need is to teach our children how to be discerning, and how to know if something feels okay, or not

We also need to have age appropriate conversations with our children, so that the next generation doesn’t inherit what Power Smith calls the same “sex negative paradigm”. Unfortunately, it is this paradigm that makes the kind of conversations we need to have difficult. “As a society, we’re more invested in teenagers having no sex than safe, empowering, pleasurable sex. Because of our hang-ups, we don’t talk to teenagers openly about sex, and thus increase the risks they’re facing,” says McDermott.

We need to approach it in a sex positive way – asking questions, rather than making assumptions, says Power Smith. We need to not start by saying “when two people are very much in love and feel the time is right”, because as soon as we say those words, we’ll have lost them. “Conversations about bodies, consent and sex need to start immediately, so that children grow up innately understanding everyone’s right to bodily autonomy – including their own, which is often overlooked. Young kids can be taught that not only must they ask friends before hugging them, but they have the right not to hug or kiss relatives,” says McDermott.

Sex conversations with your kids shouldn’t be only about “the talk”: it needs to be an on-going, age-appropriate conversation that takes in body parts, periods, emotions and so on. Ask them what life is like for them, says Power Smith. Listen to the answers, even when they’re uncomfortable. “What we really need is to teach our children how to be discerning, and how to know if something feels okay, or not.”

In the end, says McDermott, it comes back to having a conversation. “The only thing that’s really changed is the level of discourse we’re having.” And that’s a good thing, she says, leading to healthier sex practices. Talking about sex is not a sign of deviancy. “The real problems begin when we don’t.”