Tell me about it: My son calls me transphobic and hasn’t spoken to me in months 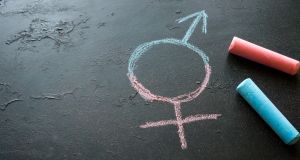 ‘I find this incredibly difficult to deal with, this is my son who I gave birth to, that I clothed as a boy and I dreamt of becoming a man, a husband and father.’ Photograph: iStock.

Question: I am a mother of a 20-year-old son, an only child with whom I have always had a close and loving relationship. In his early adolescents he briefly attended a psychiatric service due to emotional difficulties that he was experiencing. During his leaving cert year our son told us that he believed he was truly a female.

He changed to a gender-neutral name on all his social media sites and his friends, companions and his father now refer to him by this, he also chooses to be referred to as she or her. He also wears female or gender-neutral clothes. He has recently asked his GP for a referral for gender reassignment to include hormone treatment and perhaps surgery.

9 ‘The social worker said: Were two seconds of pleasure worth it for all this?’

11 WHO warns of ‘catastrophic moral failure’ in Covid vaccine distribution

12 Taxing pandemic payment ‘could be unconstitutional’

18 Gerry Thornley: IRFU must grasp this opportunity for club game

20 Charles Byrnes’ licence withdrawn after runner ‘nobbled’ with a sedative

21 The SNP and Scottish nationalism

22 Gary O’Hanlon: ‘Guys are supposed to be fine about miscarriages. But I wasn’t’

23 Kenmare hotel will not be ‘at your service’ until June, says John Brennan

25 House prices on the rise again as market defies forecasts

26 Marianne Faithfull on nearly dying of Covid-19: ‘My lungs are still not okay. I need oxygen’

27 Kamala Harris is about to make history. So is her ‘big, blended’ family

31 The Secret Teacher: Our belief that Leaving Cert is exemplary is at dizzying heights

32 Will special needs classes reopen? ‘There are times when we find it very hard to cope’

34 Joe Biden’s presidential inauguration: Where can I watch, and what are the key moments?