‘My fiancé now says he is too young to settle down’

Tell Me About It: Sleeping with someone else made him think twice about commitment 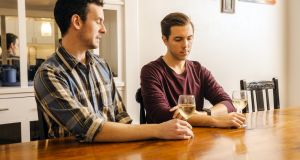 Question: I am a 28-year-old gay man and I have only ever had two relationships. The first was an abusive relationship with an older man over a two-year period in my late teens. Then, when I was 21, I met the love of my life – he was 18. We got engaged two years ago and, while we had not set a date for the wedding, we were actively exploring the possibility of surrogacy.

Six months ago he returned from a business trip and said he had slept with someone else. He was regretful and adamant that this had never happened before. I was devastated, but told him that we would work through it and achieve our joint ambitions. However, he said that it had made him realise he was too young to settle down. He vowed that he loved me and that we would remain friends and that there may be hope for our relationship in the future.

I don’t want to pressure him either as I am terrified I will lose him forever.

Answer: Your relationship has been of seven years duration and your ex-partner is now only 25 and is perhaps exploring his sexuality in a way that many in their 20s do. The grief attached to the loss of such a long relationship is undoubtedly long and full of pain. And there is a danger you will prolong this grief by the many meetings you are having with your ex-lover – adding the pain of hope you are holding for the return to full loyalty and fidelity.

Your ex seems to be offering a possible future together, but it is dangerous to hold on to this as it keeps you in the no man’s land of neither in nor out of the relationship. In the interests of self-care and self-esteem, it might now be best for you to accept that your relationship, as it was, is over and you need to invest in recovery and healing.

Recovering from grief takes much longer than most of us think and we need lots of support, comfort and understanding from those around us to help us through such pain and longing. Now is the time to ask friends and family for help and allow them to see how you really are and let them bear witness to your anguish. This in itself takes courage and faith in humanity and both of these are principles worth growing. From your past abusive relationship, you may have developed an overly cautious and timid response to allowing people get close to you, but it is now time to take the risk and open up to others. It may be that you could engage with the gay community about fidelity and what it can mean in gay relationships. Many couples manage to have very loyal and committed relationships while allowing casual sex with other people.

However, this requires a lot of maturity and commitment and it may not be something you want to consider. At the very least, you would need to be in a much more confident place to have such a conversation with your ex and you are not in such a position at the moment.

You have had only two relationships in your life and one of those was particularly bad, so perhaps you could take the time while you are still so young to think about what you want from life and to experiment more with relationships. It seems that you know how to love well but this also means taking into account where the other person is at in their life and development. Your ex is still very young and perhaps you are experiencing what many people go through – bad timing, meeting one of our life possibilities but the timing is just not right.

In these situations we have to accept that we cannot have what our heart desires and slowly mend ourselves and with time, open up again to what the world offers us.

Trust that you will meet someone in your future who desires you fully and who will be able to refuse all other offers in favour of spending their life with you. Take your time with this endeavour and have some faith that love has not abandoned you.