Tell Me About It: He’s a troubled young man and I want to offer him stability and a good education but my wife is completely opposed 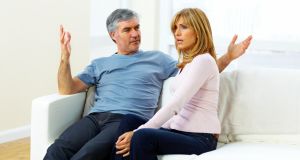 “As a father, you feel an immediate connection with your new-found son but your wife does not have this and may perceive him as a threat to her security and family.” Photograph: iStock

Question: I studied in the UK and lived there until my mid-20s. I had a fantastic time, met some amazing people and indulged in a party lifestyle with absolutely no regrets.

I had a few long-term and some short and very short-term relationships. I met my wife in the UK, and we returned to Ireland about 15 years ago. We now have three children between the ages of seven and 12 years of age and have a nice life. Last year, a former girlfriend whom I went out with probably three or four times contacted me via social media. She told me that after our relationship fizzled out, she discovered she was pregnant and that I was the father. At the time, she decided, for her own reasons, not to inform me and raised our son with a new partner.