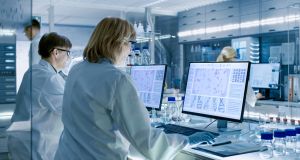 ‘Personalised medicine is about identifying an individual’s genomic sequencing and then knowing which medicines are more likely to be effective and which ones aren’t.’ Photograph: iStock

Ever taken a prescribed medication and suffered an unwanted side-effect? If so, you’re not alone. Most if not all effective drugs come with the risk of side-effects and, for most conditions, that’s just the price we pay for having access to treatment. If you want the good effect, you have to take the risk of suffering the bad along with it.

The simple reason is that most drugs taken orally or introduced to the bloodstream act on a broad-spectrum basis and don’t target specific parts of the body. They are in effect a “one size fits all” solution to a healthcare problem. But new developments in medical research have the potential to change that, bringing tailor-made, personalised medicine to the masses for the first time.

The key breakthrough came with the sequencing of the human genome in 2003, the first time the entire genetic information of a human being was decoded. While this initially cost an enormous amount of money to do, the cost has steadily decreased from hundreds of millions of euro to €50,000 a decade ago and to about €500 today.

Earlier this year, Chinese gene company BGI claimed it will soon launch a new sequencing machine that will be able to sequence a person’s genome for about €100, bringing the cost of gaining access to this genetic blueprint down to a level comparable with blood tests and X-rays.

So, what does this mean for the era of personalised medicine?

“A change is happening and it’s coming from the ability to rapidly sequence a person’s genome,” says Siobhán Roche, director of science for economy with Science Foundation Ireland.

“This is an area that has grown steadily since the first human genome sequence was produced back in 2003. Even though drugs are developed with a group of patients in mind, historically we didn’t factor in a person’s individual genetic makeup and how that could impact on how they respond to different diseases and different medicines.”

While everybody’s genetic makeup is unique to them as individuals, on a person-by-person basis we only differ from each other by about 1 per cent across our genomes. While most of the differences contained within that 1 per cent are benign and don’t have an impact on our health, some can be more sinister.

Having a person’s genome is not just useful for treating diseases, it’s also important for disease prevention

“Some can point to a potential for the individual to develop diseases like cancer or can have an effect on the way a person responds to a certain medication, or indeed experiences certain diseases,” says Roche.

In fact, a person’s genetic code carries invaluable information for doctors that can let them know in advance how a patient is likely to react to certain medications.

“This is where the whole field of personalised medicine has come from. Physicians would like to be able to incorporate information from a person’s genetic profile alongside crucial other information like environmental and lifestyle factors into how they offer treatment. They’d like to use all that information together to predict a course of action that’s likely to be effective for that person,” says Roche.

“The important thing to remember is that having a person’s genome is not just useful for treating diseases, it’s also really important in terms of disease prevention. Understanding where someone might be at risk of developing a particular disease allows you to take preventative measures early on, before the disease onsets. That way you can prevent it, delay it or manage it better if it does occur.”

One of the first and best-known drugs developed that targets people based on genetic profiling is Herceptin, a medicine used to treat certain forms of breast cancer, and which only works in people that have a particular change in their genetic code that causes the HER2 protein to become more active in cells and causes them to become cancers.

“That protein is only overactive in 20 to 30 per cent of patients with breast cancer, so in the other 70 to 80 per cent, the drug doesn’t do anything helpful. Similarly, BRCA genes have been linked to an increased risk of breast and ovarian cancer and, as they’re genetically inherited, they tend to run in families,” says Roche. “When people are screened for mutations in those genes, it allows us to look at preventing the onset of disease or mitigate the severity of it.”

According to Prof Stephen Byrne, head of the School of Pharmacy at University College Cork, another example of how genetic profiling can help patients is in identifying fast and slow metabolisers.

“Personalised medicine is about identifying an individual’s genomic sequencing and then knowing which medicines are more likely to be effective and which ones aren’t. For example, some ethnic groups may be predisposed to have higher cholesterol levels or an inability to metabolise certain medicines or certain substances such as statins, a medicine used to treat cholesterol,” he says.

“So already that kind of information is taken into account when doctors are working with patients, but personalised medicine is about fine-tuning that to a much higher degree. A very clear example is the cytochrome P450 genes in our liver which are responsible for metabolising medicines.”

The CYP2D6 enzyme metabolises about a quarter of medicines in human beings and, in layman’s terms, has a big effect on whether a person is a fast or slow metaboliser of medicines. This partly explains why the same dose of a drug can have different effects on different people.

If genomic medicine is here to stay, it will have a profound effect on how illnesses are treated, but it’s also likely to have other effects too. Privacy activists warn that there are ethical, legal and social implications in incorporating personalised medicine into general healthcare.

In a nightmare vision of the future, mandatory gene sequencing could lead to a society of genetic haves and have-nots where affordable health insurance is only available to those who can show their genes don’t predispose them to expensive illnesses. Are current data protection laws robust enough to cover personal data of this kind, or do we need a new kind of GDPR specifically to cover personal medical data such as our genomes?

“All this has yet to be worked out, but at a more basic level there are also people who would simply prefer not to know too much about their genes and the potential problems that might come from them. In some countries, gene profiling already occurs but it’s early days yet,” says Byrne.

“Right now there is a cost associated with genetic profiling and there are potential issues around privacy that need to be worked out. But the potential for an improved future where medicine works better for more people and people suffer less is significant.”