‘The lead up to the marathon has been pretty boring’ 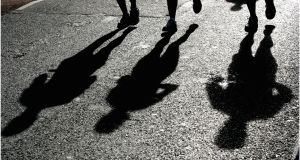 For me, in the days leading up to the marathon it’s all about rest, nutrition, final training runs and final preparatory steps.

My runs this week consisted of a few short runs where the focus is on my pacing for race day. I’m no Sonia O’ Sullivan so I’m aiming to complete the marathon in less than 4 hours and 40 minutes, which means miles of 10.41 on Sunday.

Running at this pace during my shorter runs feels very odd but having gone out too fast in my previous (and only) Dublin Marathon it has been a big aspect of my training this time around.

I’ve gradually started getting earlier nights this week, so much so that I’ve barely seen my housemates as I’ve been in bed so early after work. I’ve found this part of the lead up quite boring, even though Manchester United’s first half against Manchester City put me to sleep on Wednesday so I’ve had a little help in that regard.

Today I’m eating as much carb heavy food as possible in the hope of storing some extra energy without turning into a potato. I’m hoping this will come in handy during the final third of the race where my energy levels will have dropped significantly.

Getting my gear ready so that there’s no last minute rummaging for socks, creating a detailed schedule for Sunday and collecting my race pack from the EXPO at the RDS are my final preparatory plans.

Doing these should keep me at ease and also ensure that I’m ready whatever the weather come Sunday. I’m excited and looking forward to the race where I’m hoping the atmosphere will drag me over the finish line if I’m running on empty.

The supporters were fantastic last time out so I’m hoping for more of the same if not even more noise from them due to the increase in numbers this year.

Find out how Conor gets on at irishtimes.com/health on Monday.