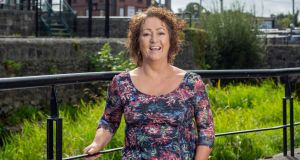 A Clare woman who established a service for victims of domestic violence won the 2018 Community Hero Award on Tuesday night.

The accolade – part of The Wheel’s Charity Impact Awards – is a lifetime achievement award honouring a person who has made an extraordinary contribution to a good cause over the course of their lives.

Mary Fitzgerald – one of 10 nominated for the prestigious prize which was announced at the Mansion House in Dublin – has volunteered for more than 35 years with various causes in her native Co Clare and as far afield as India.

In the early 90s, she became aware of the plight of women and children fleeing from domestic abuse who, because of a lack of local support services, were often staying overnight in local Garda stations. She took some of these women and children into her own home and, in 1993, established Clare Haven Services to provide refuge to families fleeing abuse. Fitzgerald also established Haven Horizons, a national charity that works to break the cycle of domestic abuse through international best practice and evidence-based prevention models.

It has been a busy week for Fitzgerald, who was named the Christine Buckley Volunteer of the Year at last weekend’s Volunteer Ireland Awards.

“Though their work, people like Mary enrich and improve our communities, and the charities they support make a difference to millions of lives, both here and across the world,” said Deirdre Garvey, chief executive of The Wheel, the national association of charities, community and voluntary organisations, and social enterprises.