Jennifer O’Connell on how to combat violent pornography and victimisation 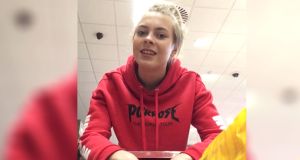 The trial for the murder of 14-year-old Ana Kriégel came as a sudden, painful jolt out of our complacency. Sentencing two boys this week for her murder in an abandoned house in Lucan, on the western edge of Co Dublin, in May 2018, and one for her aggravated sexual assault, Mr Justice Paul McDermott said there was little legal precedent for determining sentencing in a case like this. There was even less to prepare us as a society for the spectre of children murdering and violently sexually assaulting other children.

Some facts, at least, have been established. We know how Ana Kriégel died at the hands of two 13-year-olds; we know it in a level of detail that will probably never be forgotten by anyone who read or heard the evidence. We have glimpsed, though will never fully grasp, her parents’ devastation and incomprehension at the loss of their “wild and wonderful, electric, so full of fun, madness and laughter” girl, their “ephemeral angel”. Forever, said her father, Patric, after the sentencing, “is not long enough”.

1 Late Late Toy Show duet with musical hero ‘absolutely mad’ says delighted teen
2 Ireland’s teenage pariahs: ‘We are really at breaking point now’
3 Jim McGuinness: There is a way to save championship and make it competitive
4 Waterford turn Kilkenny upside down and inside out
5 'It just doesn’t feel safe': The restaurants that will not reopen in 2020
6 400 – yes, 400! – Irish retailers for all your online Christmas shopping
7 Late Late Toy Show: Music, tears, Tubridy’s F-bomb and €5m for charity. What a night!
8 David McWilliams: We need to reinvent our empty city car parks
9 Basic income for all: Has the Covid crisis given us a new economic model?
10 Michael J Fox: ‘In the wheelchair, I’m luggage. No one listens to luggage’
11 Ireland in precarious position as third Covid-19 wave could be more deadly, Nphet warns
12 Man arrested over murder of Seema Banu and her two children
13 Coronavirus: 243 more cases, seven further deaths reported in the State
14 Married to Gene Kelly: 'He didn't seem that old to me'
15 Tom Barry showed great military expertise, says historian
16 Waterford’s frenzied waves of attacks too much for Kilkenny
17 Aoife Noonan’s How to be a Better Baker Part 5: Fruity tea loaf
18 Keanu Reeves: ‘Grief and loss are things that don’t ever go away’
19 Fintan O’Toole: To counter vaccine sceptics, we must understand them
20 Hotels, retail, hairdressers, churches, gyms to open next Tuesday
21 Astronaut Chris Hadfield offers to ‘talk space’ with Adam from the Toy Show
22 Viggo Mortensen: It ‘felt awkward’ replacing Stuart Townsend in Lord of the Rings
23 Sordid murder of hurling brothers still resonates in south Galway
24 How Ireland's judges are made: a glimpse inside a closed system
25 US court rejects Trump’s attempt to block Biden win in Pennsylvania
26 One man dies, five injured after partial building collapse in Tralee
27 Shot, bayoneted and clubbed: the ruthless lengths the IRA went to at Kilmichael
28 ‘I don’t need to do any of this. . .I don’t actually need to work.’
29 Ireland’s work-ons: Four things Andy Farrell needs to address
30 Miriam Lord: Helen McEntee holds up well for someone with barely a leg to stand on
31 Government settles on Covid strategy after 'Battle of the Spreadsheets'
32 Ryanair customers may face charges of up to €100 to cash refund cheques
33 David Humphreys: Georgia simply can't be dropped in at the deep end
34 Ireland’s clash against Georgia will be an important audition
35 Republic to move back to Level 3 as shops open from Tuesday
36 Ex-barrister Patrick Russell conned people out of more than €12m, gardaí say
37 The Crown and the assassination of Lord Mountbatten: fact or fiction?
38 AIB revives €1bn-plus problem mortgages sale
39 Best books for Christmas 2020: Fiction, biography, sport and kids’ books
40 Who ‘clocked’ Patrick Nugent? A family still searches for answers
Real news has value SUBSCRIBE