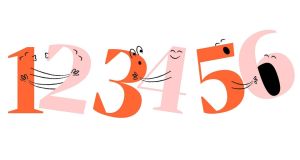 (Safe) sex is good for you. Don’t trust us? Here’s the science. Illustration: Guardian

Women in their mid-40s to mid-50s who have weekly sex are 28 per cent less likely to have an early menopause than women who have sex once a month or less, according to a new study. But that’s not the only reason to maintain an active sex life. (Safe) sex is good for you. Don’t trust me? Here’s the science.

Horizontal workouts are good for your heart

You don’t have to lace up a pair of trainers to get your heart rate up. Research published in the European Heart Journal found that your heart expends a mild-to-moderate effort during sex, similar to walking up a flight of stairs. Of course, unless you’re having Kama Sutra marathons, that’s probably not enough exertion to meet the recommendation of 150 minutes of exercise a week. But it’s better than nothing. Just don’t let your partner do all the work.

It boosts your wellbeing

A 2007 study of 3,000 Americans aged between 57 and 85 found that those who were sexually active in later life reported higher levels of general health than their nonactive peers. Of course, these people might be more sexually active because they are healthier, but other studies have pointed to a link between sexual activity and general wellbeing.

In the 1950s the controversial US psychologist Harry Harlow placed rhesus monkeys in a cage and gave them the option of a wire “mother” that dispensed milk or a soft-cloth “mother” that they could cuddle. The monkeys preferred the company of the soft-cloth mother, even though it didn’t dispense milk. Like monkeys, humans have a powerful need for touch. When we touch each other, the brain releases the hormone oxytocin, the so-called love drug. Released during sex, oxytocin helps you to feel tranquil and loving, and even helps with sleep. So the next time you feel inexplicably in love with a one-night stand, don’t worry: it’s just the hormones talking.

Research from Oxford and Coventry universities, published in The Journals of Gerontology, found that people who were sexually active into old age (defined for this study as adults between 50 and 83) performed better on cognitive tests than their sexually inactive peers. In particular, men seemed to benefit the most, performing well in tests involving number sequencing and recall. Women also performed well in recall tests, but not as well in number sequencing.

It could fend off illness – maybe

There’s limited evidence to show that having moderate amounts of sex can be associated with higher levels of the antibody immunoglobulin A. A 2004 study published in Psychology Report found that people who had sex once or twice a week had 30 per cent higher levels of immunoglobulin A than those who had no sex. But those who had sex more than twice a week had lower levels than celibate people. Seems it is possible to have too much of a good thing. – Guardian

Based at Number One Ballsbridge, in D4, the club takes swankiness to a new level

Michael Harding: I was in my underpants, finishing off the pint...
7

Yes, having ‘just’ the one child can make for a wonderful family dynamic
9