A natural selection solution to your sport 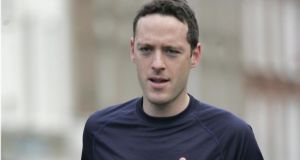 I’ve always believed that one day I might win an Olympic medal. Never mind the fact that just about every sport I’ve tried – soccer, rugby, hurling, cycling, tennis – has been followed by the crushing reality that I’m not much good at any of them.

But what I lack in athletic ability, I more than make up for with a pig-headed refusal to look facts in the face

Even now at 35 years of age – when most sportspeople are announcing their retirement – I remain convinced there’s an obscure sport for which I have some precocious but undiscovered talent. And now, at last, there may be a way of finding out for sure: genetic testing.

Scientists have identified several genes they say can indicate athletic ability in areas such as strength, speed and various aspects of athletic performance. In theory, then, your results should be able to point towards which sport you’re best suited.

For example, someone with so-called fast-twitch muscle fibres – good for short, sharp bursts of speed – would be more suited to sprinting. Someone with more slow-twitch fibres is more suited to longer distance or endurance events.

Once this might have involved lengthy and expensive genetic sequencing. Now, companies such as Dublin-based Genetic Performance provide simple home-testing kits which deliver results, via a lab, within weeks.

“We can’t, unfortunately, tell you whether you’ll win an Olympic medal,” says Joseph Dalton of Genetic Performance. “But we can help determine your genetic athletic potential.”

It’s sounds promising – but also a bit disturbing. What if I have no athletic ability whatsoever? What if the truth is so deflating that I never get up off the couch again? In fact, do I really want to know the truth?

Indication of talent
He’s quick to reassure. Genetics tell you only so much and provide an indication of your talent and trainability. These abilities need to be exposed to coaching, opportunity and a competitive culture. And then there’s the question of whether they’ll be sustained by the personality of the athlete.

“This is all about potential,” he says. “From the results, we can develop a conditioning programme or nutrition programme that’s best for you. Each programme is based on your particular genetics, your sport and your objectives.”

The test itself costs about €189 and involves taking a swab of my mouth with several cotton buds which are posted to the company’s partner laboratory in the US. So far, so easy.

Then the DNA results are sequenced and analysed against 10 sets of genes which the company says are linked to various aspects of athletic performance.

It’s a hotly debated science. Genetic Performance says it delivers an accurate picture of a person’s athletic potential. Other scientists say testing is still in its infancy and the reality is far more complex than identifying a handful of genes.

David Epstein, the author of The Sports Gene, a study of the nature-versus-nurture debate, says it shows the extent to which genetics can influence sporting ability. But it’s only part of the picture.

He says latest research indicates that even traits such as desire may arise from DNA – but that doesn’t mean they come down to any single gene. Whether it’s running faster, standing taller or jumping higher, multiple genetic pathways may lead there. In addition, he says nature and nurture are so interlaced in any case that genetics alone tell you only so much.

In the US, there is a big push towards selling testing kits to parents who want to know the athletic ability of their children. Sports clubs, too, are increasingly looking for new ways to help screen the ability of their young recruits.

Will this form of testing be another way for pushy parents to drive their children too far in the search of success? Or maybe steering a child towards a sport they might be better at will be more fulfilling for them?

These vexing questions are quickly forgotten about once the results arrive.

A 10-page document has been produced that lists my various genetic results on scales ranging from “normal” to “increased potential”. Good, there’s no scale which indicates zero athletic ability. But the results are a mixed bag. I have mixed muscle fibres – slow and fast twitch. I also have a good predisposition to improve my VO2 max, the rate at which the body can absorb oxygen, and a good rating for recovery from high-intensity exercise.

All this sounds encouraging.

But my grip strength – important for any sport in which the hands are used for catching, throwing or lifting – is normal and there’s no sign of a rare gene associated with high-endurance capacity that is found in some world-class athletes.

There goes the Olympic medal, so.

Other results for muscle efficiency (the rate of energy expenditure and output) is normal, while another gene which suggests a predisposition for increasing your anaerobic threshold after training – the point at which trigger lactic acid is produced – is at the positive end.

Endurance events
Tony O’Brien, a conditioning adviser with Genetic Performance who has worked with professional rugby teams, tells me that the profiles suggests a person suited to endurance events, but who could improve their speed with the right kind of training.

“The fact that you’ve mixed muscle fibres is good for triathlons, for example,” he says. And then, the hard part.

He produces what looks like a punishing nine-week strength and conditioning progamme aimed at maximising my potential.

There’s also, if I’m interested, a dietary programme based on my body type – though there’s precious little room for beer, crisps or sausage rolls.

It may involve natural talent – but it also involves serious hard graft and commitment.