What the Irish language means to me living in Japan

As an emigrant, my native language is an integral part of my Irish identity 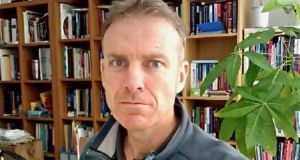 Brian Gaynor: ‘The argument I would make in favour of learning Irish at school is very much coloured by my emigrant’s perspective. The Irish language is an integral part of what I take to be my Irish identity.’

As an Irish man working as a language teacher in Japan I was both professionally and personally interested in last Friday’s article on How to rescue the Irish language.

The gist of the piece by Seán Cottrell, chief executive of the Irish Primary Principals’ Network, was that the teaching of Irish is doing a disservice to the language, and is ultimately responsible for the ongoing decline in standards as gaeilge. The Irish Times ran a similar article a couple of years back where Dr Muiris O’Laoire of IT Tralee made the very valid point about the lack of clarity surrounding the purpose of learning Irish: is it to communicate or is it for cultural reasons?

If it is the former, then the current curriculum clearly falls short of that goal, whereas if it is the latter, then if we continue teaching as we have been we are going to end up with the linguistic equivalent of the National Museum.

Equally interesting was the range of readers’ comments appended to the piece, 112 at the time of writing. Many of them criticised learning Irish from what I would term a utilitarian market perspective. The time and money spent on learning Irish was contrasted with the economical gains to be had from learning a modern foreign language instead (what a dead French philosopher by the name of Bordeau termed “linguistic capital”).

Certainly, from a rational, economic based, cost-performance assessment, the Irish language doesn’t stand a chance. If you were to be rigorous in your application of such market criteria and follow through on the quashing of Irish language education, you would also be compelled to advocate for the compulsory learning of Chinese instead.

But if we are going to run the capitalist rule over language, then why not over other endeavours as well? Professional team sports for instance? Why is it that so many Irish people support British soccer teams when no real economic or social benefit accrues besides the huge reallocation of financial resources from fans and media to a select few athletes who earn vastly disproportionate amounts of money for kicking a ball around a rectangle of grass for 90 minutes a week?

The argument I would make in favour of learning Irish at school is very much coloured by my emigrant’s perspective. The Irish language is an integral part of what I take to be my Irish identity. As an associate professor in a Japanese national university, my 14 years of compulsory Irish language education has had no bearing whatsoever on my current career. Yet, as the years go by, I increasingly regret that I didn’t retain more than the cúpla focal.

Living in another country brings into sharp perspective how language contains within it the DNA of a culture; the words we use and the way we use them are more than mere transmitters of linguistic meaning. They speak of traditions, ways of thinking, approaches to the world and an understanding of our place in it. And they give voice to the inchoate memories of those who came before us but have been rendered silent by time.

The summer before last on a trip home I stood, as I have countless times before, to sing Amhrán na bhFiann at the start of the All Ireland Hurling semi-final between Clare and Limerick. My son Cian stood beside me and beside him stood his grandfather. Cian was born and raised in Hokkaido in northern Japan (his mother is Japanese) and it was his first time in Croke Park. As 70,000 people around him began to sing the national anthem, he looked increasingly bewildered and more than just a little bit scared. When we reached the crescendo of faoi lámhach na bpiléar and the supporters’ roars erupted, Cian’s hand gripped mine fiercely.

“Daddy, what are you singing?”

I wasn’t sure how to explain the concept of a national anthem to a six-year-old boy, so I simply replied, “It’s an Irish song”.

“And why are you singing it?”

I thought for a moment.

“Because this is Ireland and we’re Irish”.

Seemingly content with that explanation, he let go of my hand and settled back in his seat. His grandfather leaned across to him.

“And we support Clare.”