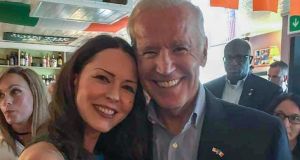 One of Ireland’s top concert violinists will play at the inauguration of president-elect Joe Biden.

The invitation came directly to her from the Biden family. She had played for the then vice-president when he visited his ancestral home in Co Louth in 2016 and on a number of other occasions, including at his official residence as vice-president.

Ms Treacy has won many prestigious music awards, including the string final of the RTÉ musician of the future competition and she has performed in venues including Carnegie Hall in New York, where she made her debut as soloist in 2009, and again in 2014 as a soloist with Cross Border Orchestra of Ireland.

She has also played at the Royal Albert Hall in London, the Oriental Arts Centre in Shanghai and as a soloist at all major venues in Ireland.

In 2018 MacGillivray Freeman Films asked her to play a lead role in the production of a Giant Screen/Imax documentary, Ireland.

The documentary, which has an emphasis on music and culture, is due to be launched in Washington DC in March 2021, to coincide with the annual Irish diplomatic delegation for the annual St Patrick’s Day visit to the White House.