Irish abroad: How would you vote in the referendums? 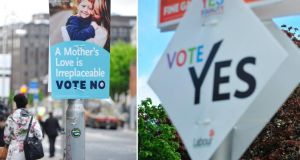 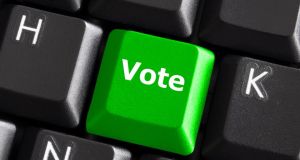 Ireland will hold two referendums on Friday, on extending the right to marry to same-sex couples, and on reducing the minimum age of presidential candidates from 35 to 21.

Irish citizens living overseas (with the exception of those who have been abroad for less than 18 months, and return to cast their ballot on referendum day) are unable to vote. So we’re offering them a chance to cast a “virtual vote” in our poll.

The proposed bill on same-sex marriage would add the following to Article 41 of the Irish Constitution: “Marriage may be contracted in accordance with law by two persons without distinction as to their sex.”

After you’ve voted, let us know in the comments section below how you feel observing the referendum coverage from abroad. Do you feel strongly about the issues in question? Have you been contributing to the debates on social media, or in other ways? How do you feel about not being able to have your say?