Ireland has learned to speak about the loss of emigration 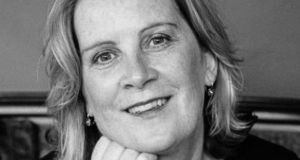 ‘This generation has left a country that has learned to speak emotion.’

Once on a transatlantic flight, I was sitting behind two women, both Irish and both, like me, on the return journey from a visit back home to Ireland. Amid muffled sobs, the younger woman confessed to her friend how homesick she felt in America.

This happened over 20 years ago, and the whole thing made me squirmy because nobody wants to eavesdrop on someone else’s heartache. But then, airplane coach class is not built for privacy.

Let’s time travel forward to the year 2030 when our scholars and documentarians will have created nouveau historical accounts of Ireland’s latest emigration wave. Doubtless, these reports will tally up the totals and cite the demographics: the who, the where and the why. Who were these 21st century emigrés? Did they hail from the country or the city? Unskilled or highly trained? More women than men? What distinguished this wave of emigration from its 20th and 19th-century counterparts?

The profiles and statistics won’t begin to capture the diversity of stories and joy and tears. One person’s economic displacement is another’s once-in-a-lifetime opportunity. One person’s homesick is another’s escape from a bad romance or a toxic family. If there’s one thing I’ve learned from living abroad, among Irish and other-nation expats, we might auto-cite the default reason (economics), but there’s nearly always a secondary driver, always another reason for leaving.

Broadly speaking, this current group of emigrants has one distinguishing and enviable advantage: Language. No, not Gaeilge and not French or Spanish, and nothing to do with computer coding. This generation has left a country that has learned to speak emotion.

The Irish-language poet Máirtín O Direáin once penned that image of Irish parents trying to hold or behold their exiled children with or within the net or rope of memory. More recently, in one New York interview, Irish author Colum McCann called emigration a “form of wounding oneself”.

Even in the happiest setups, emigration involves some degree of loss. But until this decade, we didn’t have the license to feel, and the language to speak, that loss. We left it to the rhyming balladeers (“My heart is in lovely Erin”, “Come back again to me Mavourneen”). But for the ordinary person shopping for a loaf of bread in a new shop on a new street in a new country, that loss was a sublimated, stiff-upper-lip affair.

Indulge me in a brief “back-in-my-day” tangent. During the 1980s migration - and its 1950s, 1920s and 1800s precedents - there were few or no TV news segments of teary airport departures or reunions, no clips of smiley Irish families in matching Santa Claus hats waving “Welcome Home” signs. We’d have called that “making a holy show”. But these Hallmark-y displays are now a happy sign of a healthy change.

Don’t get me wrong: The happy and heartbroken were always there. But the tears were bashful and mired in beer or shame and, often, blame.

Is this current scenario the payout for 45 years’ worth of child-centred school curricula? Those spare-the-rod years, those decades of sanctioned corporal punishment, are they finally deleting themselves from our residual and collective memories? Should we credit Ireland’s incoming immigrants for modelling how to be open and affectionate with our outbound children? Or, for all her prodigal excesses, did the Celtic Tiger, God rest and bless her, turn us into big old softies?

Whatever it is, I for one am delighted that nowadays (and I realise that this is a very broad generalisation), if our emigrants or their left-behind families are homesick or lonely or depressed, we have the guts and the vocabulary to come out and say so. Emotionally, we grew up and got real.

In the years since my airplane eavesdrop, I’ve often thought about that young woman and wondered if, as her confidante assured her, she eventually settled into her new life and country. Or, if not, I hope she got to move back or away to a happier place.

Also, I’m willing to bet that she bottled up those tears until Shannon’s departure doors had slid shut behind her and our plane had cleared the west coast of Co Clare.

Aine Greaney lives in Boston. She has published four books and many short stories and essays, as well as several pieces for Generation Emigration. ainegreaney.com.