When I got sick abroad, the Aussie Irish became my family

I had a great network of new friends in Sydney, but nothing can replace the support of home when you’re ill 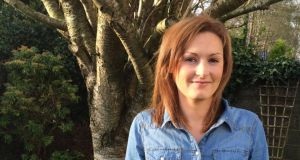 Crona Brady: I experienced just how close knit the expat community really is. Everyone looks out for everyone

As with a lot of other recent Irish emigrants, 2015 was the year when I returned to live in Ireland after a few years in Australia. But I didn’t move home because of a great career opportunity, or to get married and start a family, or because I felt it was simply time to move back. I moved home because I got sick, and I needed the support of my family.

Until November I was living in Sydney. I had a job I really enjoyed, a great place to live and a wonderful group of friends. I also had ulcerative colitis that wasn’t getting any better.

When I was diagnosed, in Ireland in early 2011, I didn’t know much about the disease. I was told it was a chronic illness of the digestive and immune system with no easy cure. Still, I thought, it can’t be that bad, and I continued to live life to the full. But slowly, over the next few months, my body began to break down. After a hospitalisation in 2012 I had to reassess. I stopped running competitively, switched to a less stressful job, changed my diet and tried to beat the disease.

I always had a desire to travel and had planned to tour the world, but with my illness that was out of the question, as I needed to stay close to a hospital. Living in Australia was the next best thing in my mind, so I took myself off to Sydney, thinking a sunny climate and laid-back lifestyle might be the answer to all my health problems.

And it was for some time. I loved every second of my life there. I found a great job working as a financial adviser to charities and nonprofit organisations. I had a lively social life and even completed the Sydney half-marathon. Then I was hospitalised in late 2014, and things went downhill from there.

Constant sickness began to affect my ability to work. Despite a very understanding employer, I couldn’t afford to take any more time off and had to quit. It’s at times like that you quickly realise the risks of being a foreigner in another country.

I also realised the importance of having a close network of friends when you are away from the people you would usually rely on.

I am so grateful for the care and support my new Irish, Scottish, English, German, Australian and American friends gave me during the many days I spent in hospital, for the deliveries of food and clean clothes they brought, and, most importantly, for the laughs and chats that kept my spirits up.

I experienced first-hand just how close knit the expat community really is. Everyone looks out for everyone, wherever they’re from. Friends became my Aussie family.

A few months ago, after I had been battling constant illness for about a year, the doctors suggested a colectomy. My diseased colon was to be removed. The operation carries risks; the recovery period can be weeks or even months, and it is gruelling, physically and mentally. They suggested that I have the procedure done in Ireland, where I would have the support of my family.

My feelings about moving home were mixed. I was sad to be leaving my Sydney life but relieved to finally be facing the prospect of good health. I also knew my family, who had been getting phone calls for months from a hospital bed thousands of kilometres away, were worried sick about me. It was comforting to know that I would be putting their minds at ease.

I worried about my Aussie “family” and leaving them behind. It can be unsettling when a member of the group moves back home. But I knew they would all pull together.

I miss my life in Sydney and my friends there. But I’m relieved not to have to struggle through each day. I had no close family in Australia, and when you’re ill you need them more than ever. I’m glad to be going in for my operation today in an Irish hospital with them all nearby. Maybe I’ll go back some day, but for now it feels good to be home.