Is Ireland’s love affair with Australia coming to an end? 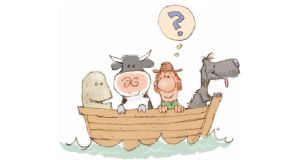 The number of Irish people packing their bags and heading to Australia peaking at 18,200 in 2012, according to the CSO. Illustration: Chris Ware/Lexington Herald-Leader/MCT via Getty Images

Since the downturn hit Ireland in 2008, the number of Irish people packing their bags and heading Down Under in search of work has soared, peaking at 18,200 in 2012, according to the Central Statistics Office.

However, analysis by The Irish Times of Australian immigration statistics – which are more recent and more comprehensive than those from the CSO – shows a dramatic fall in the number of Irish backpackers and workers arriving there since then, with a particularly sharp drop in the past year.

The number of Irish people granted working holiday visas for the first time fell by almost 43 per cent in the 12 months to June 2014.

Just 6,763 first year working holiday visas were granted to Irish people in that period, down from 11,817 the previous year and 19,492 in 2011/12, when the numbers heading down under were at their highest.

Also, fewer Irish working holidaymakers are opting to stay on in Australia for a second year, with applications for visa extensions down by more than a quarter last year, to 5,233.

Despite the drop in applications, the Irish are still well represented Down Under, ranking seventh in the list of countries with the most citizens in Australia on working holiday visas on June 30th last, at 9,392.

It’s not only the Irish backpackers who are dwindling in numbers in Australia.

There has also been a very significant drop in the number of skilled Irish granted subclass-457 visas, which allow employer-sponsored workers to live in Australia for up to four years.

But again, the number of Irish on these visas in Australia is disproportionate to the size of our small country; only British, Indian and Chinese citizens were allocated more 457 visas than the Irish last year.

New South Wales and Western Australia are the most popular destinations for Irish workers on these visas, with about one-third of the total number going to live in each region. The remaining third were divided among the six other territories.

Although fewer Irish are arriving in Australia, the Irish population there is becoming more permanent, with a significant rise in the numbers becoming Australian residents and citizens.

A total of 6,171 Irish workers and their family members became permanent residents in the 12 months to June last, up 18 per cent on the previous year and more than three times the figure from 2008.

Citizenship applications have also soared, with 2,843 Irish people swearing allegiance in the 12 months to June, an increase of over 1,000 on the previous year. The numbers have been steadily rising since the early 2000s – before 2005, less than 1,000 Irish people became Australian citizens annually.

Far fewer Irish emigrants choose New Zealand as a place to live and work than Australia, but its popularity has remained fairly consistent in recent years. The numbers of Irish moving there on temporary work visas (including working holiday visas) increased steadily from 3,131 in 2006/07 to a peak of 4,961 in 2012/13, before dipping 2.4 per cent last year.

Similar to Australia, the Irish population in New Zealand is becoming more permanent, with 639 Irish people granted residency there in the 12 months to last June, the highest figure ever. The numbers applying for New Zealand citizenship has also increased dramatically, from about 40 a year in the early 2000s to 143 in 2013. See data

The UK is still the most popular destination for Irish emigrants, but the numbers moving across the water for work also fell last year.

A total of 16,750 Irish people registered for a National Insurance Number to work in the UK for the first time in the 12 months to September 2014, down almost 4 per cent on the previous year. See data

As the popularity of Australia has waned among Irish emigrants, the interest has grown in Canada. Figures from Citizenship and Immigration Canada show the numbers moving there from Ireland continuing to rise, with 9,274 Irish arriving under the temporary foreign worker programme and international mobility programme (which includes working holiday visas) in 2013, the latest date for which figures are available. This is up from just 2,596 in 2007.

In addition, 1,015 Irish were granted permanent residency in 2013. See data

Given the size of the country and Ireland’s historical ties with it as a destination for emigrants in times of economic hardship at home, the numbers moving to the US post-crash have been very low due to stringent visa conditions.

In 2013, the latest year for which figures are available, 1,626 Irish people were granted permanent residency, a figure which has remained fairly consistent over the past decade despite the exponential rise in Irish emigration to other destinations.

Also on the increase is the number of students and exchange visitors from Ireland, who numbered 17,110 in 2013 - up 50 per cent since 2009 - perhaps reflecting renewed interest in the J1 summer programmes which allow students to travel and work before returning to college.

With visa restrictions making it difficult for Irish people to work in the US, it is perhaps unsurprising that the number of Irish receiving dual citizenship in the United States has almost halved over the past decade – from 2,583 in 2003 to 1,295 in 2013. See data