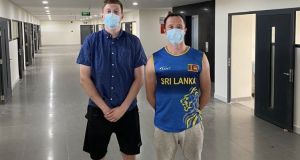 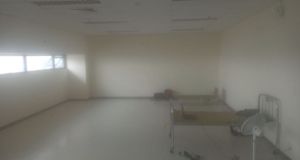 The two men have had to stay in a room in a university.

Two young Cork men were taken into quarantine by Vietnamese health authorities in recent days after cases of coronavirus were identified at a bar they attended for St Patrick’s Day celebrations.

Ronan O’Sullivan (26) from Cork city and Emmet Quinlan (26) from Macroom both work for a talent sourcing company in Ho Chi Minh.

The childhood friends attended Buddha Bar in the city on March 14th for a St Patrick’s Day event along with several Irish and British teachers working in the area. It was later discovered that two others at the bar had tested positive for coronavirus.

Mr O’Sullivan and Mr Quinlan went into self-isolation from March 18th following the advice of health officials but were then taken into quarantine on Monday.

“The authorities examined CCTV footage and got onto every school’s and company’s HR department and requested to give information of any staff that could have attended that bar between March 14th onwards,” Mr Quinlan told The Irish Times on Thursday.

“They got onto our HR department on Sunday night (March 29th) and on Monday they came and picked us up in the quarantine bus and gave us our first test on the bus.

“There’s 15 positive cases recorded so far from people who were at that bar.”

The pair are currently in quarantine in a room in a university in Hoc Mon and are not allowed outside. They are awaiting the results from their tests but have shown no symptoms of Covid-19.

They say there are about 100 other Irish people in quarantine in similar facilities.

“Our first night was a little rough, the light in the room wouldn’t work and the beds are these sunbeds. I’m 6’2 and Ronan is 6’7 so as you can imagine the sunbeds didn’t last too long for us when we were lying down. It’s very hot in the room and there’s no air con,” Mr Quinlan said.

“The government made an announcement today that everyone who is checked in to one of these facilities has to stay for a mandatory period of 14 days.”

Both men were informed by the Irish embassy on Thursday there would be flights back to Ireland in the coming days but they will still be in quarantine.

Mr O’Sullivan said there has been “a lot of highs and lows” over recent days but that they remain “positive”.

“We’re about to start here doing a bit of yoga and one of our friends has recommended we do a bit of meditation,” he said.

“We’ve a few friends who aren’t taking it as well as us but we’ll be okay. It’s just a bizarre situation to find ourselves in.”

Mr Quinlan said he would leave Vietnam if there are available flights when he finishes in quarantine and return to Ireland to visit his family. Mr O’Sullivan said he is unsure whether he should stay in Vietnam due to the crisis. “I love my job here and I’ve had an amazing time for the first few months,” Mr O’Sullivan said. “I would love to keep my job but health is most important at this time. I don’t know yet what I will do.”

Mr Quinlan and Mr O’Sullivan said Vietnamese authorities and health workers have been “very nice and supportive” but that the lack of communication has been “frustrating”.

Wild Geese: ‘A lot of cabin crew would commute, it’s not unusual’