Canada: Which city should I choose?

Before you decide you prefer Vancouver to Montreal, read our primer to Canada's most popular destinations 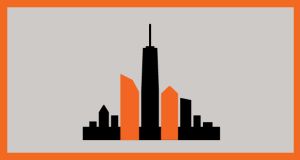 Vancouver is an attractive city for people who enjoy the outdoors, while Toronto is has more of a corporate feel. 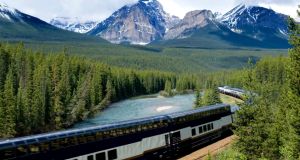 Vancouver
With mountains, lakes and the ocean right on your doorstep, the quality of life that Vancouver in British Columbia offers makes it an attractive location for many. For Ruairi Spillane, watching the local hockey team, the Vancouver Canucks, is a plus of living in the city, which he says, is more suited to people who like the outdoors, while Toronto is more of an urban city. Vancouver is not short on eating options either. As Spillane notes, about 45 per cent of the local population is of Asian descent, which means that the city has an “incredible selection” of Asian cuisine. It’s also great for outdoor pursuits.
“Hiking and camping all summer long. Summers are about getting outdoors whether it’s on the local beaches or the plentiful lakes and mountains outside the city,” says Spillane. British Columbia residents can enjoy Vancouver’s great beaches yet can be at a skiing resort within half an hour of leaving the city centre if they wish. On the downside, there isn't much in the way of museum culture – or pub culture.
Toronto
With a direct flight from Dublin to Toronto, the city on the east of Canada is often the first port of call for Irish migrants. However it is best to be prepared for extremes of weather which can range from minus 20 degrees in winter to plus 40 degrees. So take coats and boots if it is winter – and seek out air conditioning for the summer. New arrivals should also note that Toronto, with its population of 2.6 million, tends to be more expensive than Irish cities.
With one of the biggest film festivals in the world, a strong sporting culture, a “stunning” opera house, and one of the best indie music scenes in North America – not to mind a “magnificent” restaurant scene – Toronto is a haven for culture vultures, says resident Cathy Murphy, who runs the Irish Canadian Immigration Centre in the city.
“Toronto is a major metropolis and the most multicultural city in the world. You will hear most of the world's languages spoken here. It is a city of neighbourhoods which can be culturally based (Little Italy, Little Greece, Chinatown) or based on industry and history (Distillery District, Design District, Waterfront). It's a very green city – stand a-top the CN Tower and be dazzled by the canopy of trees that cover Toronto.”
Saskatchewan
A prairie province in the centre of Canada, Saskatchewan is vast, equivalent in size to France but with a population of a little over 1 million. Most people live in the southern part of the province and the largest city is Saskatoon.
Sask resident Mark Cooper warns that winters are cold and long, but apart from that “it’s a wonderful place to live, with lots of natural beauty”.
Despite the low population, Cooper says the region has an “unbelievable diversity of restaurants, and many great museums and art galleries”. “When you think about the cultural activities that define our province, they’re usually sport-related. Ice hockey, curling, and Canadian football are all very popular in Saskatchewan,” he says.
Montreal
The second-largest city in Canada and the largest in the province of Quebec, Montreal is a French-speaking city. More than 60 per cent of residents speak French in their homes. This may add to the city’s charm, but it also makes visa applications more difficult, and applicants will need to demonstrate proficiency in both written and spoken French. It is, however, cheaper than other major Canadian cities, and accommodation is also generally easier to find and more affordable.
Calgary
The largest city in Alberta, just ahead of the province’s capital Edmonton, is Calgary, a city of immigrants, with 23 per cent of its population from other countries.  Alberta borders the US, with British Columbia to the west and Saskatchewan to the east. Calgary, the major urban centre for the southern half of the province, is home to 1.2 million people. If you remember the 1988 Winter Olympics, you will know that it is a mountain city, so expect lots of snow in winter. With a major energy industry, Calgary is one of Canada's richest cities.