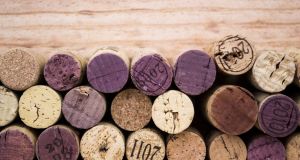 In very broad brushstrokes, you can divide Spanish wine into three sectors, each a strip running east-west across the country.

How times have changed. In the not too distant past, many consumers saw European wines as outdated, unreliable and impossible to understand. They voted with their wallets, heading straight for the New World section of their wine shop or supermarket.

Now our tastes appear to be changing. For the past five years or more, much of the excitement in the wine world has been centred on Europe. The classic regions in France, Spain and Italy still feature strongly, but in each of these countries, it is the lesser-known or completely unheard of areas that have swung into fashion. Add in other smaller producer countries such as Portugal, Germany, Greece and the former Yugoslavia, and it makes for a heady mix of fascinating wines.

Each September, the Spanish Commercial Office holds a trade tasting in Dublin. It is one of the best-attended events all year, and with good reason, generally featuring a huge range of wines.

My only complaint would be that there were far too many for anyone to cover in a day, but there is certainly never any shortage of interest.

In a side-room, we were treated to a master class on the wines of the Canaries, which included some truly fascinating wines – see La Solana, below. Holidaymakers in these islands should certainly try some of the local produce before moving on to any other wines.

Spain has the largest vineyard in the world, with almost a million hectares of vines. Because of lower yields, they are not the world’s largest producer – that honour falls to either Italy or France, depending on the vintage. Arguably the biggest change in Spain over the past 25 years has been the introduction of irrigation (once banned), which has allowed production to increase despite a 30 per cent reduction in vineyard surface. It has also given hitherto moribund uneconomic regions a new lease of life.

In very broad brushstrokes, you can divide Spanish wine into three sectors, each a strip running east-west across the country. The north has a cooler, more humid climate and produces the best white wines and the lightest, most elegant reds. Across the centre, the baking hot summers tend to produce richer, more full-bodied red wines. The far south is best-known for producing great fortified wines.

These are only very rough guides: areas such as Ribera del Duero in the north can produce fairly full-blooded reds and the Mediterranean regions in the centre offer some elegant reds, including the Mustiguillo below.

Proximity to cooling coastal winds or increased altitude make for a diverse and fascinating mix of climates. Modern viticultural and winemaking practices may tend to blur what once were distinctive styles, but Spain seems to offer a wonderful diversity of styles. Not all is perfect; there are still plenty of over-oaked and over-extracted wines, but even the more full-bodied wines, perfect for winter drinking, are more balanced than was the case previously.

The most exciting move over the last few years has been the re-emergence of indigenous varieties. Where once Spanish winemakers revered Cabernet, Merlot and Chardonnay, alongside their native Tempranillo, Garnacha, Carineña and Monastrell, now the talk is all about Bobal, Listán Negro, Menciá, Graciano, Godello, Xarel-lo and many, many more.

So this week, no Rioja and no foreign grape varieties. Instead three wines from very different regions. The Mustiguillo, made primarily from the Bobal grape, comes from the mountains above Valencia. The La Solana is made from 100 per cent Listán Negro, a variety widely grown on the island of Tenerife, but not found anywhere else.

Emporda is a small but much talked-about region in the far north-east of Catalonia. The wines share the same rich, full-bodied character of the wines of Roussillon just over the border in France. The Verdera Negre, made from Carineña and Garnacha, offers amazing value.

Wilson on Wine 2016: The wines to drink this year by John Wilson is now available to buy for €12.99 from irishtimes.com/irishtimesbooks and in bookshops

‘Waiting for your children to die, knowing that it can happen at any time, is crushing’
3

Rory O’Connell: ‘I didn’t get to know my sister Darina until I came to Ballymaloe’
8