Where to pick up the coat of the season 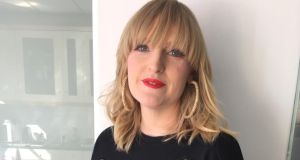 Author Sophie White shares her style secret: “I’m open minded, I love colour and the only thing I would never wear is a V-neck. 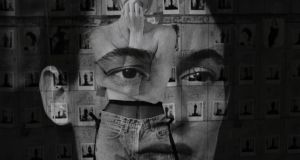 A major exhibition of the work of the iconoclastic Belgian designer Martin Margiela opened at the fashion museum MoMu in Antwerp last week displaying his 12 collections for Hermes 1997-2003 for the first time.

The influential designer known for groundbreaking deconstruction and recycling materials, who valued anonymity and refused to be interviewed or photographed, was a daring choice for the traditional French house.

His version of modern day luxury and the styles he created for Hermes with a sober and monochrome colour palette, a contrast to the typically colourful Hermes prints, is explored in this tribute exhibition. Margiela – the Hermes Years also compares the relationship between these collections and his own label – it runs until August 27th. www.momu.be DMcQ

Update his wardrobe with this retro style Original Penguin T-shirt for €40 at Arnotts and selected stockists. DMcM

An Elie Top ring that stands out

At the recent Irish launch of Philippe Starck’s perfumes in Brown Thomas, the celebrated French designer was accompanied by his beautiful wife Jasmine Abdellatif.

Elegant in a black Chanel jacket, it was her very striking gobstopper ring that created a lot of attention afterwards. She explained that it was by the jeweller Elie Top who had started out with Lulu de la Falaise at Yves St Laurent and later spent many years working with Alber Elbaz at Lanvin.

Top, who is from northern France, struck out on his own in 2015 with his first collection, which is now sold in Paris on the Rue St Honore.

Each piece is made in an articulated compartment with interlocking cases that open and close – all based on astronomical clock mechanisms – so the piece eventually reveals a centrepiece set with pave diamonds. Prices start at €3,800 up to €31,000. Visit elietop.com to see further items from his collection. DMcQ

Trenchcoats and gingham unite at Debenhams

Given that both trenchcoats and gingham are some of the season’s trends, the first of an evergreen staple, both unite in this black and white check number from Debenhams’s new Studio by Preen collection.

The gingham trench is a new variation on the well worn theme, but would look great over black, white or solid colour underneath. Prints of any other kind rather than monochrome should be avoided with this bold cover up as they’ll add too much visual noise and confusion to the mix. The gingham trench will set you back €90. DMcQ

Feel blooming lovely in this Debbie Midi Dress for €64.95 from iclothing.com or in this printed cotton dress for €1,150 from Dolce & Gabbana. DMcM

“Understated is overrated! My style influences can be abstract, some days I wake up and think “today I wanna do a kind of 19th century society dandy meets early 90 grunge with a dash of Bet Lynch”. I’m open minded, I love colour and the only thing I would never wear is a V-neck.” – Sophie White, author