Wearable tech: the rise of the fitness tracker

In the world of technology, there’s possibly never been such a rapid and concentrated proliferation of ideas, designs and iterations as with wearable technology in the last five years

In the world of technology, there’s possibly never been such a rapid and concentrated proliferation of ideas, designs and iterations as with wearable technology in the last five years. Even the phrase itself would have provoked much head-scratching until recently. Now it’s not unusual to see friends casually comparing step counts on their smartphone’s app while the launch of the Apple Watch prompted a mainstream media feeding frenzy. There are personal monitors to measure everything from sleep patterns to heart rates, to nag wearers to do more exercise, even some which track periods.

The crowded market can be divided into two main categories: specialist fitness trackers that do what they say on the tin, pairing with companion apps to share data and analysis; and smartwatches, which lead on time and internet connectivity via your smart phone, with degrees of fitness monitoring. There is an emerging third, more niche area – smart jewellery – with all sorts of tracking tech being secreted away in bracelets and pendants. Expect it to keep growing.

More confusing, perhaps, is the torrent of fresh iterations, as products which may have been launched a little too early in their anxiety to get to market play catch-up through “new” de-bugged versions. So what are some of the options and what should you look out for?

Jawbone was probably the first that many people had heard of fitness trackers and aesthetically, they’ve always hit the mark. There are some who prefer its predecessor, the Up2; like it, this doesn’t have a screen either. It’s also still only splash-resistant despite Jawbone’s best efforts. Otherwise, it’s packed with activity monitoring smarts, including a tri-axis accelerometer, as well as skin temperature sensors. €170
BT Shop

An alternative approach to wrist wear from Jawbone, the Move clips onto your clothing or backpack. With step counting and sleep being surveyed, it’s got the option of assigning a dedicated tracking mode to a whole list of activities, from running to yoga. €50
jawbone.com 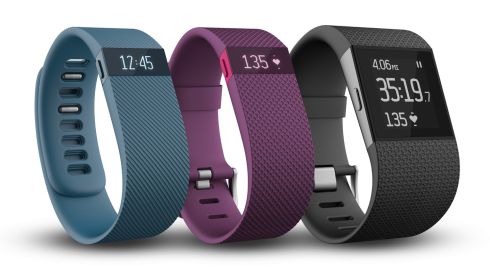 A new favourite for many, the well-specced Fitbit’s Charge HR has accurate tracking, with an OLED display showing your daily stats, with steps, sleep and all-day heart-rate tracking, as well as caller ID from your smartphone. A downside is no GPS, so it’s not so useful for cyclists or distance runners. There’s also a Surge smartwatch model. €95
harveynorman.ie 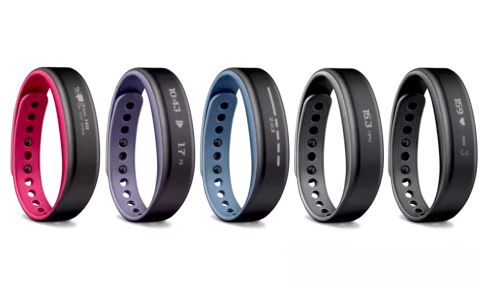 Given its sat nav expertise, no surprise Garmin is a player here. And though its Vivosmart band doesn’t have GPS, it has a shaped OLED screen which shows activity tracking data and phone alerts, which arrive marked by wrist vibrations. With all the standard fitness sensors built-in, you can also add heart-monitoring as an extra. €149
fitnessdigital.ie 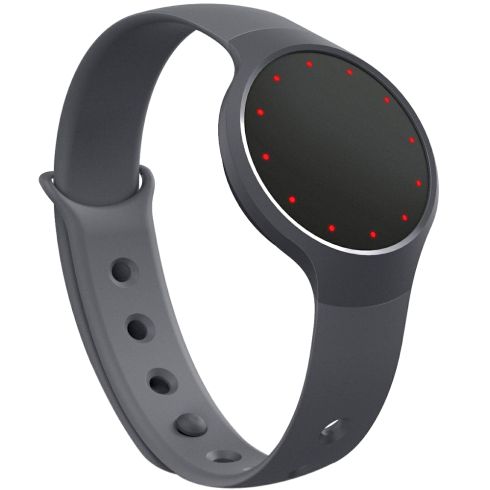 A budget fitness band, the Flash tracks steps, sleep, and is good for swimming. No display means a long battery life, with about six months’ use. The monitoring hardware itself can be popped out of the strap to carry with you in a clip. €30
currys.ie 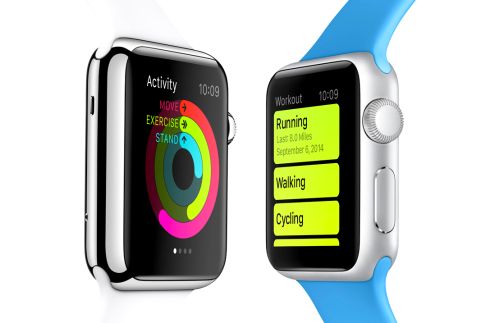 Its high-profile launch dialled up the spotlight on wearable tech. Despite massive sales success, the next iteration will need to improve the hardware. Although there’s a stack of finish choices, as well as a vast suite of precision fitness monitoring, the daily recharging and lack of waterproofing leaves it short in some eyes, given its price. Of course, it also acts as a discreet portal to your iPhone’s world. €430
apple.com 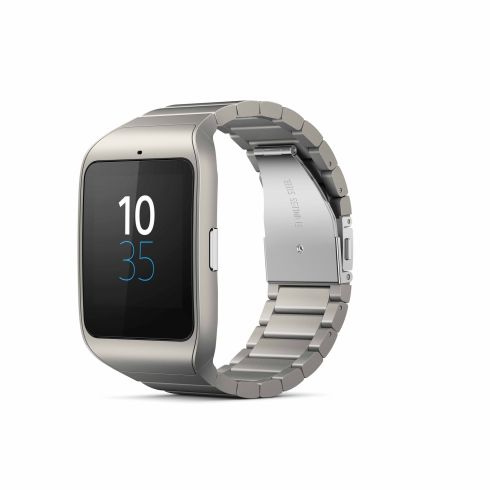 There are various styles available in this, with the steel version particularly good-looking. Sony’s Smartwatch is designed to pair with Android phones and offers a complete activity measurement toolkit. And because it has built-in GPS, you don’t need a smartphone to do the tracking when you’re out running. €290
expansys.ie 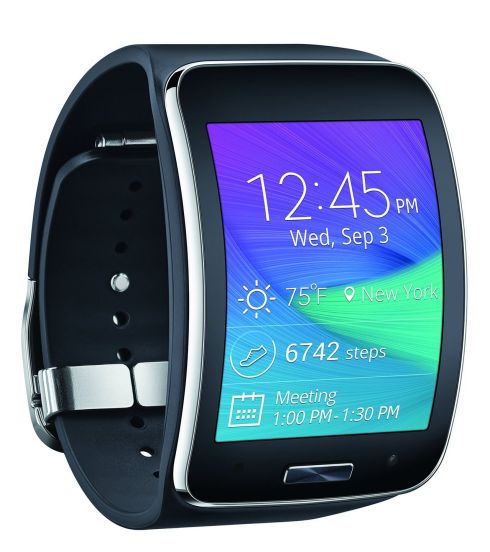 Samsung jumped the gun on Apple with its early smartwatch launch and is still in the game. It actually has its own app platform, Tizen, rather than Android’s Wear. It monitors steps, calories, heart rate and much more with a big, curving AMOLED touchscreen, and can even take a SIM to be a standalone communicator. €300
amazon.com 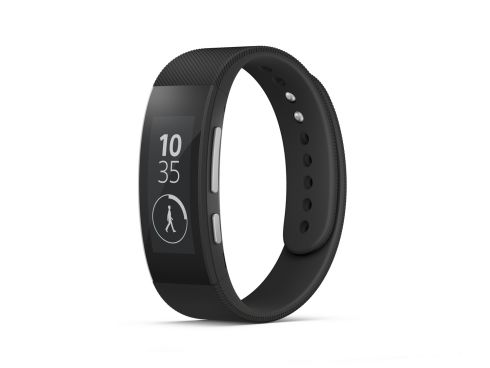 With a generous AMOLED display that can show all your daily activity and sleep monitoring data, as well a clear digital watch face, the Band 2 exemplifies a Microsoft that’s starting to get with it on consumer tech hardware. Supporting multi sports tracking, including golf, it’s not waterproof unfortunately. €279
littlewoodsireland.ie 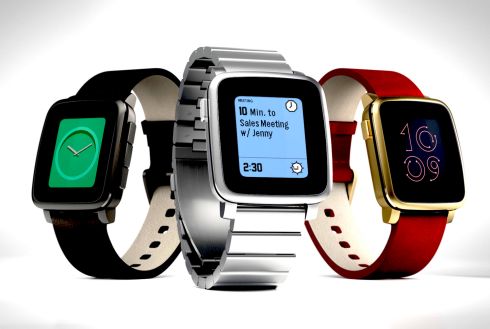 With its successful crowdfunding roots, there’ll always be a rebel community flying the flag for Pebble. And rightly so. Its latest addition, the Steel, really puts it up to Apple and the rest. This only needs charging every couple of weeks, is water-resistant to 30m and works with iOS and Android, so can pair with both universes of health apps. €250
getpebble.com 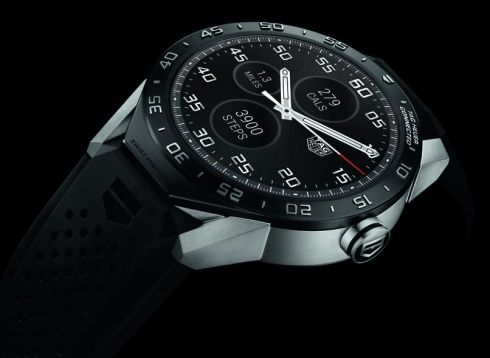 Swiss watchmakers have delivered what are arguably the two best-looking smartwatches, with Tag Heuer’s Connected and Helvetica 1 from Mondaine. As well as the uber-sharp typography, the latter offers goal progress monitoring on its secondary dial and an app for the detail. Tag Heuer has more of a trick up your sleeve, so to speak, as its whole face is a screen, with multiple designs and smartphone connectivity built in. Both feature Swiss pricing too. €740
shadesstation.com

The smaller the wedding, the bigger the style

New Irish craft beers to quench your thirst this summer

About turn: The pastry chef moving from Michelin-star kitchen to home baking