‘We didn’t want west Wicklow to look like the Serengeti’ 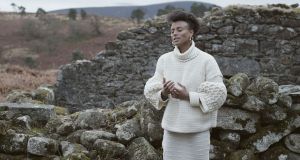 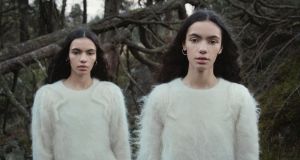 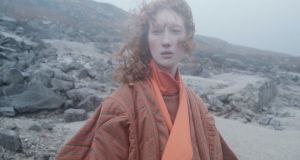 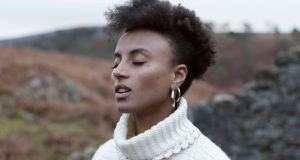 “What life does a fashion show have after it is finished?” queries Perry Ogden, the acclaimed fashion and documentary photographer and film director, who has been commissioned by the Design and Crafts Council of Ireland to create a fashion film for Showcase, an exhibition of Irish design, which opens tomorrow at the RDS.

The Showcase film, Fí – an Irish word meaning both weave and close-knit – was conceived as an alternative to the usual fashion show at the event, and a way of promoting Irish fashion at home and abroad. “We wanted to highlight the importance of textiles in Ireland going back a long way,” says Brian McGee of the Design and Crafts Council of Ireland. “And show how Irish creativity can be a way of sustaining rural and regional communities in Ireland.”

Ogden is perhaps best-known in Ireland for his 2005 film, Pavee Lackeen (The Traveller Girl), which won numerous awards around the world. He is also known internationally for his fashion photography for publications including Italian Vogue and L’Uomo Vogue, and often uses Irish locations. The Showcase film, Fí, represents the first time Ogden has photographed and filmed Irish fashion with Irish models in the Irish landscape. “I was surprised at how many wonderful designers there are in Ireland and the quality of their clothes. The level of craftsmanship is pretty amazing. ” he observes.

Working with stylist Paula Hughes, the idea of making a series of short films for Showcase started to take shape once they had seen the clothes and discussed ways of presenting contemporary Irish fashion in a novel way. The designers involved, both established and up-and-coming names, are diverse in spirit and approach, and include Alison Conneely, Natalie B Coleman, Richard Malone, Róisín Gartland, Katie Hanlan, Magee, De Bruir, Stable of Ireland, Fintan Mulholland, Celtic Tweeds and Áine.

“I wanted to portray snippets of life looking at different people in different places with young Irish people from diverse backgrounds,” says Ogden. “My initial idea was to start with the dance that echoes the click clack of the loom – a traditional image – and end with Loah [the Irish/Sierra Leonean singer], who reflects modern Ireland.”

Casting was key. The models include Sadhbh and Cadhla O’Reilly, twins from Lucan, Co Dublin, who are a quarter Nigerian; Sean Nós dancer Ryan Owens from Strokestown, Co Roscommon; Traveller brothers Liam and Paddy Doran from Celbridge, Co Kildare; and Tipperary model Aine O Gorman. “I like the challenge of making [Irish fashion] look believable, authentic and real,” says Ogden. “For me this is about Ireland as well as Irish talent, and also about place, so the castings of locals was very important. And we didn’t want west Wicklow to look like the Serengeti.”

So what were Ogden’s observations about Irish fashion designers? “Collectively they are working a lot with traditional fabrics but creating something new with them. Irish fashion in the past was not particularly new, although Sybil Connolly did something quite different. We have not been good at promoting Irish fashion and in a funny way it is only now coming into its own. Simone Rocha, a wonderfully talented designer, has pushed it out internationally, but fashion is a tricky world to manoeuvre. I still think of Irish fashion as the Aran knit, but these designers are looking at it again, taking it and pushing it right out. They are young, modern, driven and cool”.

The 10 short pieces which run together in the film will be shown at the RDS in Dublin from Sunday, January 20th until Wednesday, January 23rd, and in Paris in the spring.