The new jewels: made from tin, string and human hair

Forget diamonds and pearls, silver and gold and think tin, string and human hair as young jewellers look to the everyday for inspiration, writes Deirdre McQuillan

Jewellery inspired by garden tools, musical scores or city skips may seem unlikely ways of dressing up an outfit or decorating the body. But today a new breed of young Irish designers is taking innovative and imaginative approaches to jewellery that is far from conventional and here are some examples of their work. Forget diamonds and pearls and pretty ways with precious materials, these pieces are bolder and more provocative. 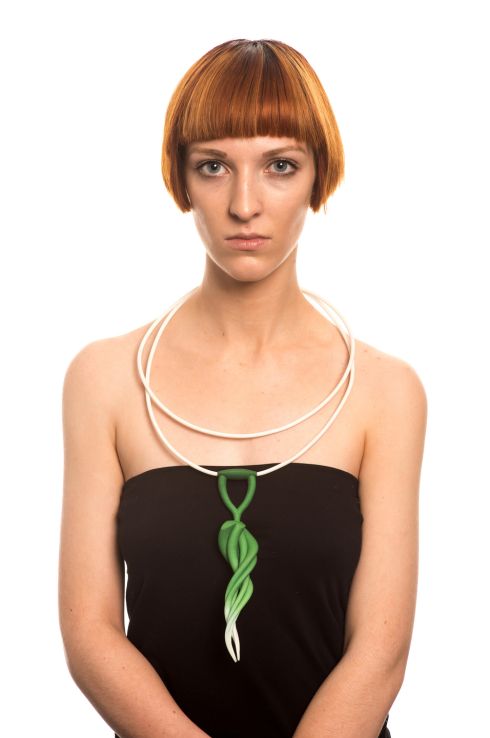 Take MFA graduate Cecilia Moore, for instance. She is interested in repurposing old silverware that has belonged in her family for generations, reclaiming it into wearable objects. Emma Cahill, an honours BA has mastered the mix of new technology and traditional craft skills with pieces that involve 3D printing and hand-dyeing all based on her mother’s garden and her tools like this “dibber” necklace and other pieces like a “hydrangea” neckpiece. She has just won an award from the British Association of Contemporary Jewellers in London.

The family of Genevieve Howard is also an inspiration for her work. Her parents are composers and her musical background informs her approach, turning graphic notations from musical scores into wearable forms, laser cut with paper and then layered together. 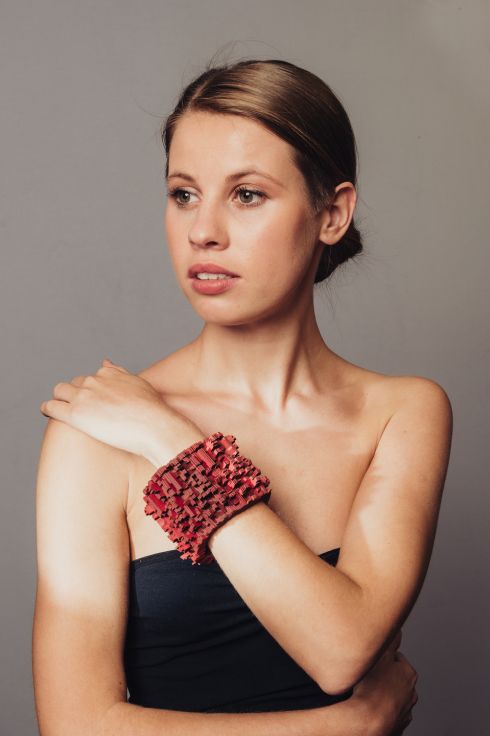 MFA graduate Jaki Coffey who uses her husband as a model for her interactive skip brooches takes a more humorous approach and loves the idea of recycling. Her brooches come with magnets back and front so the wearer can take pieces out and select other “pieces of rubbish” to put in.

“They are coming out of college as designers and not just jewellers,” says Angela O Kelly, head of design in the newly created body and environment department at NCAD, a role that embraces textiles, fashion, jewellery and metalwork. “The skills we are teaching combine new technology with traditional handcraft which allows them to go anywhere after college. They present collections just like the fashion and textiles students.” 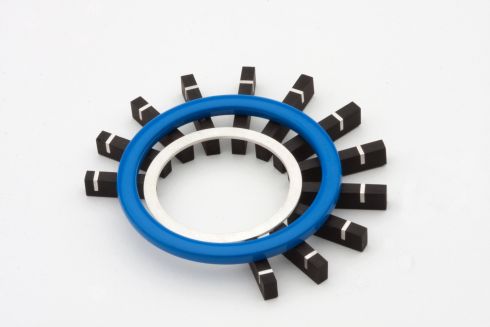 Arturo Boreggo, who comes from a product design background, graduating with an MA in 2011, has an interest in military brooches and works in ebony, silver and painted wood. His work is attracting attention in the Fresh Talent exhibition at the Coach House in Dublin Castle. Another exhibitor there is Julie Connellan, an MA graduate also of 2011. She worked with a traditional tinsmith in north county Dublin using recycled tin and made a necklace from silver using tinsmithing methods and string – that mix is typical of her approach to precious and inexpensive everyday materials. Elsewhere, the chunky quartz ring by Lorna Boyle, winner of a Future Makers Award, is fashioned from electro-formed tinfoil. This creates a metal surface which is then gold-plated. 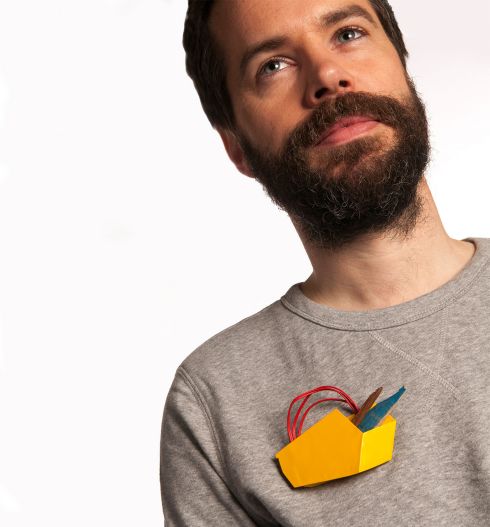 New versions of the fáinne aimed at a younger generation were in Naoise Fitzgerald’s mind when she came up with these colourful forms made up of layered Irish texts, which were 3D-printed and hand-dyed. She now has a hons BA under her belt.

Rebecca Maddock following the vogue for using human hair, incorporated it into a felted ball for a modern neckpiece suspended on stainless steel wire.

At Create in Brown Thomas, other new faces in jewellery include Maria Dorai-Raj of Irish-Indian heritage, who fuses modern design with traditional craftsmanship and Blaithin Ennis whose shell mesh and embroidered jewellery has won her a number of awards since she set up on her own three years ago. 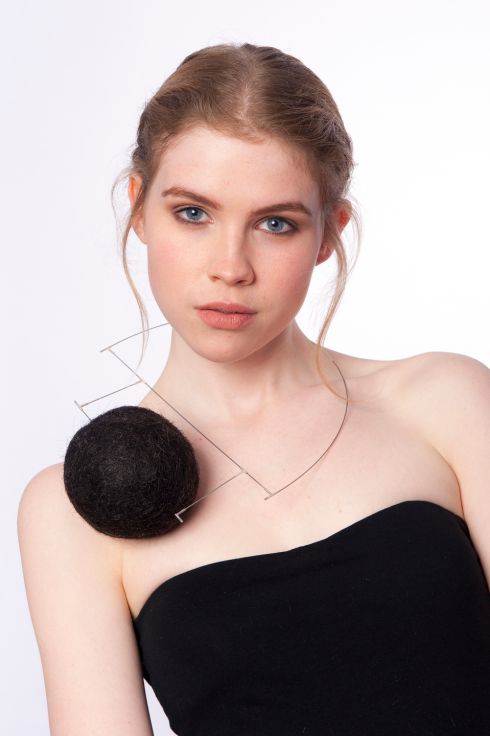 “These are showpieces, but all these designers have the ability to make everyday wearable diffusion ranges and we try to make their design skills transferable as it is so competitive out there. We want them to be able to work across the design industry,” says O’Kelly. Some graduates start up a business with support from the Design and Crafts Council and local enterprise boards or use industry contacts from working on student projects with Newbridge, Boodles, Solvar and other companies in Ireland. “Others will end up as milliners, bag designers and shoemakers”, says O’Kelly, a jeweller whose own exhibitions will open at the Solomon Gallery in September and in Portfolio in November. “I think what distinguishes Irish jewellers is our Irish culture, psyche and vernacular; that’s what makes us stand out.”

Laura Kennedy: The launches that made me love make-up again after lockdown

Sean Moncrieff: Am I middle-aged? What is ‘middle-aged’ anyway?