‘Mr Lacroix sent me to see an astrologist who said I should move to America. So I did’

From photography to dress design, here’s some of the Irish making it in New York’s fast-paced fashion industry 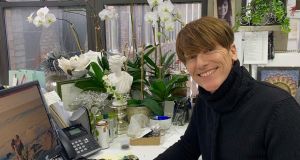 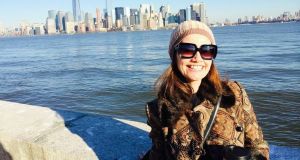 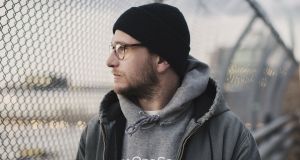 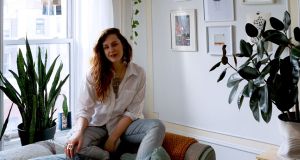 Irish knitwear designer Sinead Lawlor at her home in Brooklyn 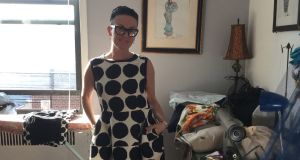 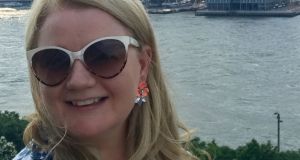 Antonia Parker in her adopted home of New York

Few people come to New York to disappear, not least those in fashion. Whether you’re attending the opening of a Broadway play or standing tall in the boardroom, this is a place where everyone wants to be seen. Most people arrive in this crazy, exciting, filthy, beautiful metropolis in search of something that they - perhaps - couldn’t find in their own backyard. It’s a city of dream catchers and dream weavers.

These Irish fashion-industry folk say the city demands a lot, but also gives a lot back in return. In New York, time is a more valuable currency than money. It’s a city of fast fashion, fast talkers and fast walkers. Fifth Avenue is the city’s runway where the wealthy shop. The Garment District, home to the city’s showrooms, stretches one square mile from West 34th Street to 42nd Street.

Some dubious trends have taken an unmerciful bite out of the Big Apple in recent years: men showing up to work with no socks and women in supersized cuffs. Probably the best fashion statement this writer has spotted was on the New York subway on a rainy day: a middle-aged businessman in a sober grey suit nonchalantly carrying his daughter’s tiny, pink umbrella.

In fashion, everything old is new again. Irish woman Jacqueline Quinn recently left her post as creative director at Betsey Johnson to launch, Jackie, in Spring 2020, a collection inspired by her namesake, Jacqueline Kennedy Onassis. Quinn, who moved here in 1995, was given access to 63,000 pieces at the JFK Library in Boston. She is one of many Irish designers who have made New York city home.

‘Mr Lacroix sent me to see an astrologist who said I should move to America. So I did’

“I wasn’t sure how my life was going to turn out here,” Kerryman Don O’Neill says of his decision to move from Paris to New York in 1993. He was an intern at Christian Lacroix in Paris at the time. “Mr Lacroix sent me to see an astrologist who said I should move to America. So I did.”

O’Neill (52) arrived with a letter of recommendation from Mr Lacroix himself. “I thought I’d walk into a fashion job. My book was very extravagant and couture, and not very commercial, and I wasn’t prepared for how commercial New York really was.” He changed his book - and kept knocking on doors.

He worked for Carmen Marc Valvo, a designer who specialises in cocktail and evening dresses, for six years, starting as a junior designer and finished as design director. For the last 15 years, O’Neill has been the creative director at Theia, which produces around 18 collections a year.

Although “99.9 per cent” of his business is ready-to-wear, he doesn’t say no when the biggest boldfaced names in the world come calling. He’s dressed Oprah Winfrey, Meghan Markle, the Duchess of Sussex, Khloe Kardashian, Kendall Jenner, Melissa McCarthy and Amy Poehler.

The city’s fast pace is reflected in the street fashion. O’Neill was initially horrified when he first saw men and women in business suits rushing up Fifth Avenue in sneakers, but he soon understood it was born of necessity. “There was a need for speed,” he says. “If you’re not a tourist, get out of the way.”

‘People on the street in New York look very dynamic’

The movies and TV are a great advertisement for living in New York, but Jackie Mallon says any star-struck fashion graduates should be prepared for the cold, hard reality. Mallon (45) moved here from 2006 from Milan where she worked as a designer for Moschino and Georgio Armani.

She had her reservations, suspecting that the fashion industry here was too commercial. “I was right,” she says. She gave up her life as a full-time designer. “People on the street look very dynamic,” Mallon says. “They put themselves together with no rules, but there’s no trickle-up effect.”

Mallon wrote a non-fiction book, Silk for the Feed Dogs, based on her experiences working in Milan. (Feed dogs are the teeth underneath a sewing machine.) Her agent is shopping a second book, We too are Gods, about Northern Ireland during the Celtic Tiger.

She is a fashion editor for the American page of Fashion United, a fashion website, and teaches fashion at Kent State University’s campus in the Garment District. She lives in the East Village with her husband, an American, and loves to sit in cafés writing and people watching.

Manhattan, she discovered, is a collection of villages, a welcome discovery for someone who grew on a sheep farm in Co Tyrone. “Be prepared to speak to strangers all over the place. At home, we’re not used to speaking to people about personal business in the grocery line.”

‘Everyone thought we were mad moving to New York’

Friends and family were surprised when Rich Gilligan, a photographer, and his wife Petria Lenehan, a fashion designer, announced they were moving to New York from Dublin in 2015. Their daughter Robyn was barely a year old and they were leaving their support network of friends and family.

“Everyone thought we were mad,” he says. “It wasn’t like one of us had a job lined up. We had no health insurance sorted and we didn’t have an apartment. We just had to arrive and figure it all out.” They found a place in Brooklyn and moved to Cornwall in the Hudson Valley two years ago.

So why did they make the move? “The hangover of the recession was lingering,” Gilligan says. “We were at a place where it was either accept things as they were or move completely out of our comfort zone. Every time, I came here I didn’t want to leave.” So they followed their gut.

They loved Dublin, but they’ve no regrets. “New York was harder and more stressful, but it offered more to us,” he says. It gave him the opportunity to work for The New York Times T Magazine, and big brands like Adidas. It doesn’t hurt that the advertising budgets are bigger here, too.

They now have a second daughter, Simone, who is four months old - “she’s a Yank!” - and Gilligan is busier than he’s ever been.

“In Dublin, I didn’t have to hustle. But nobody knew me in New York. I loved that I could create from scratch the kind of work I really wanted to do.”

‘I was always obsessed with Brooklyn. I based one of my collections on Spike Lee’s Do the Right Thing’

“I’d actually never been to New York before I moved here,” says Sinéad Lawlor, a freelance knitwear designer. “I was always obsessed with Brooklyn. I based one of my collections on Spike Lee’s Do the Right Thing.” In 2010, she moved from Turkey, where she worked for designer Gamze Saraçoglu.

She completed an MFA at Parsons School of Design in New York City, and decided to stay. “It’s tricky and time goes very fast,” Lawlor (35) says. “You blink and suddenly you’re here nine years. You don’t get to pause and appreciate it as much as perhaps you should.”

Did moving here live up to her dreams? “It depends on people’s dreams. Sometimes, we have this grand idea that we need to be in fashion, working for the best designer or the top designer, but you also want to have an impact.”

Lawlor is already thinking of life beyond her work in Manhattan and her home in Brooklyn. “There’s such a pull here,” she says. “My dream would be to live between here and Dublin. I love the quality of life at home. Some fresh air and finding a work-life balance, that’s my next mission.”

Antonia Reilly-Parker has seen big changes here over the last 20 years. “Department stores were a big part of people’s lives. It was Macy’s, Bloomingdales or Bergdorf’s. Fast fashion came along and really changed how people shopped. Then people got more conscientious about sustainability.”

A graduate of the National College of Art and Design, Reilly-Parker spent a year in Paris and four years in Tokyo. She took a three-year break from New York to work for C&A in Dusseldorf, but returned to the city to work as a consultant in speciality lingerie and nightwear. She lives in Dumbo, Brooklyn.

“It’s a love affair that I’ve never lost,” she says. “It’s an extraordinarily inspiring city.” She mentions the High Line public park and Hudson Yards development on the west side and the $4 billion (€3.5 bn) futuristic World Trade Center station, built in 2016. “The Occulus is like a spaceship landed,” she says.

Reilly-Parker has worked with Oscar de la Renta and most recently attended a talk by Mary Robinson on her new book, Climate Justice. “In New York, you get back as much as you put in.” Her secret to surviving the daily grind? “There’s no stillness, you have to find it. Get out of New York as much as possible.” It will, she says, always be waiting when you return.

The secrets to growing an exotic Irish garden
6